OoK! In Terry Pratchett’s Discworld, the librarian is a 300lb male orangutan, who would have no problems in dealing with overdue books!

Although we don’t have any monkeys or apes working in our museum library, what we do have is a rather impressive Natural History section with some beautifully illustrated rare books

For Book Week Scotland and to coincide with our upcoming Monkey Business exhibition which opens next month, we thought we would share some swingin’ illustrations of our primate friends and some other fabulous creatures.

This illustrated book is specifically written for children to learn about the natural world. As well as featuring many expected animals such as lions, squirrels, crocodiles and apes, this book also features a description of a Unicorn! 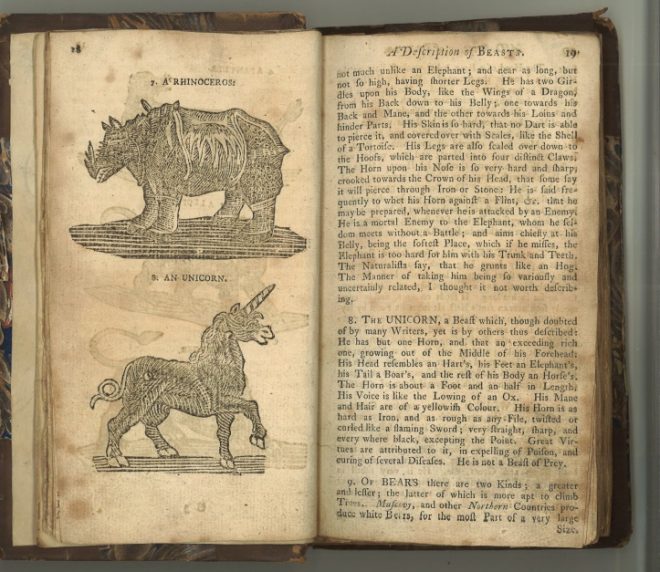 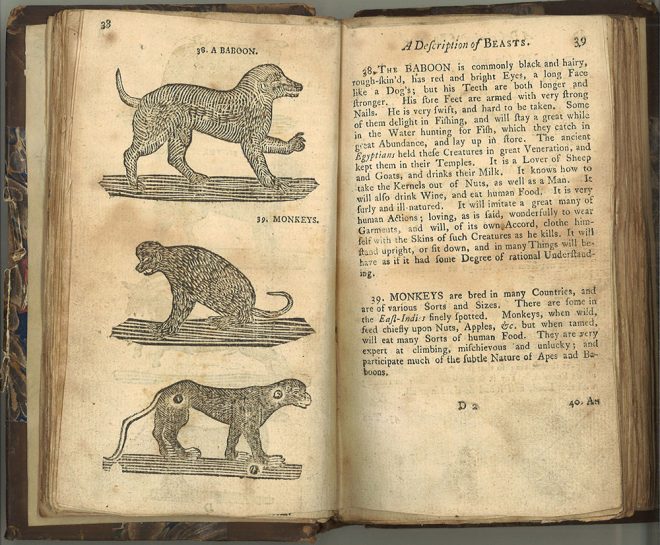 Sir Richard Owen (1804 – 1892), was an English biologist and paleontologist. Owen produced a vast array of scientific works, but is probably best remembered today for naming the taxonomic group Dinosauria for fossilised prehistoric reptiles.

He was also very taken with the Aye-Aye[1] and produced this book on the unique primate. There are beautiful illustrations by Joseph Wolf, who not only studied the collected specimens but spent many a night watching the nocturnal creature in London Zoo! 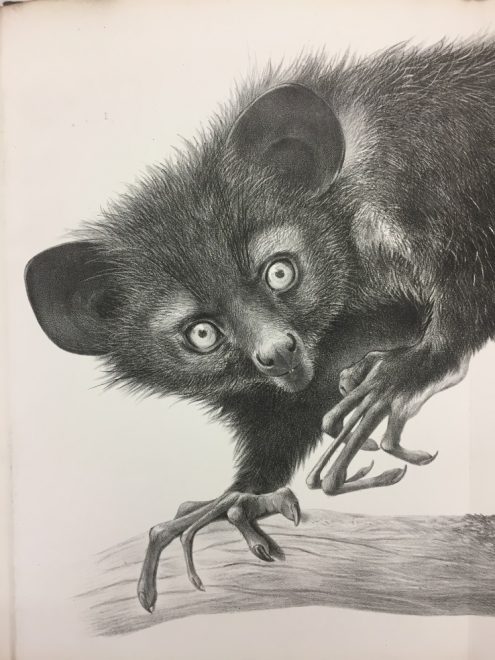 Albertus Seba (1665 – 1736) was a Dutch Pharmacist and Zoologist who would ask sailors to bring him back exotic plants and animal products he could use for making treatments.

He began actively collecting natural specimens, publishing his thesaurus of animal specimens in 1734 which included many impressive engravings of animals little known to many at the time.

This is the first publication by Jean Baptiste Audebert (1759 – 1800), a French painter and naturalist, drawn and engraved by him and using his own special technique for colouring his plates to render the animals in a natural brilliance. 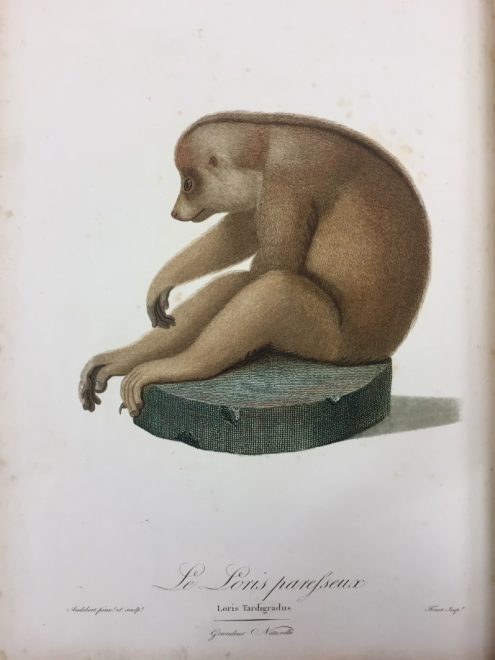 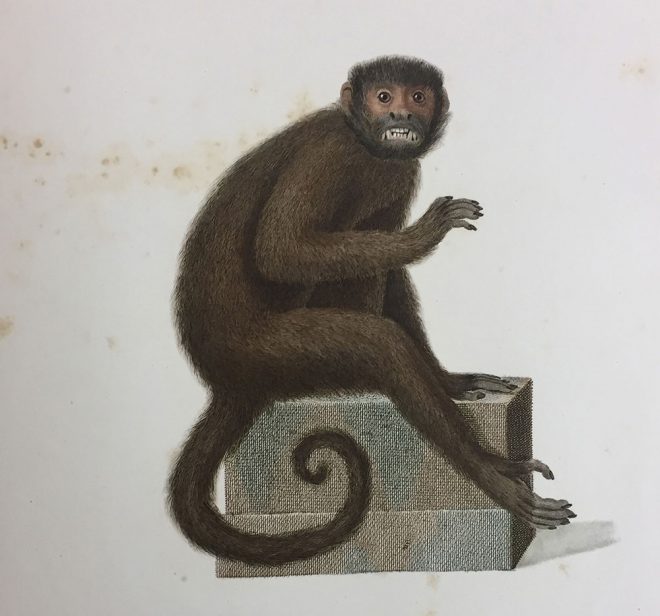 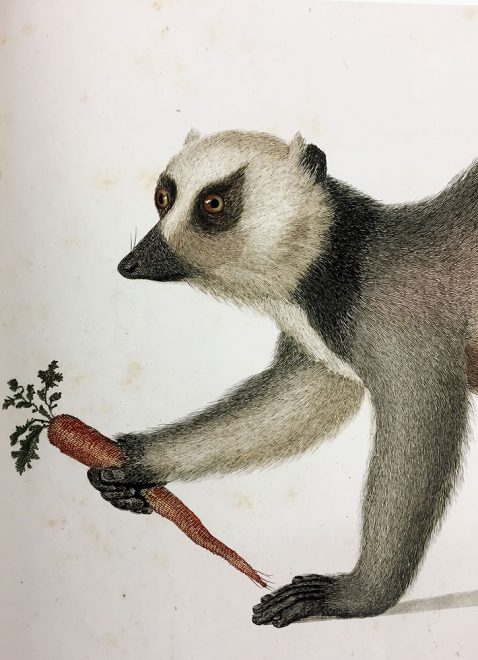 Frank Munro.  The Mystery of the Yeti, Gifted to the library in 1986

Finally from our cryptozoology collection, this Hessian wrapped handwritten volume brings together photographs  newspaper cuttings and theories in the search of the truth of what is the yeti! Does it exist? 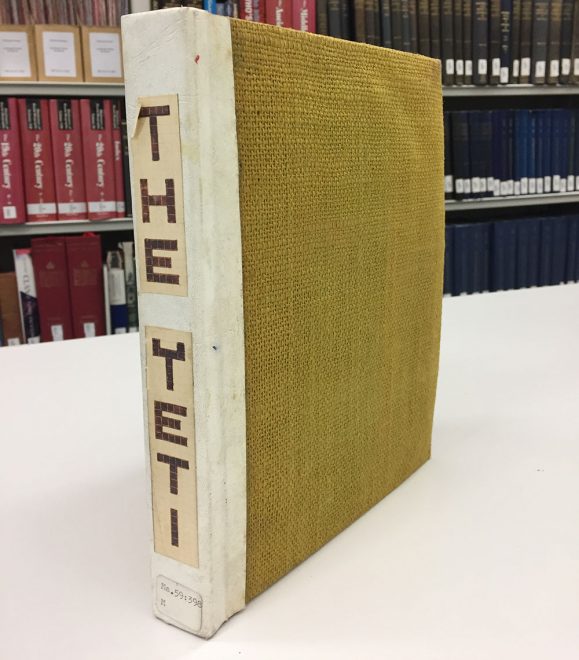 The Research Library is on Level 3 of the National Museum of Scotland.  It is open to visitors during museum opening times (from Monday to Friday, 10:00 to 17:00), and there are 12 study spaces and comfy seating. You can browse the collection here.