Grab your space suits and join Skjør in another galaxy, for a conversation with the lead singer of this month’s #FutureFeatures. 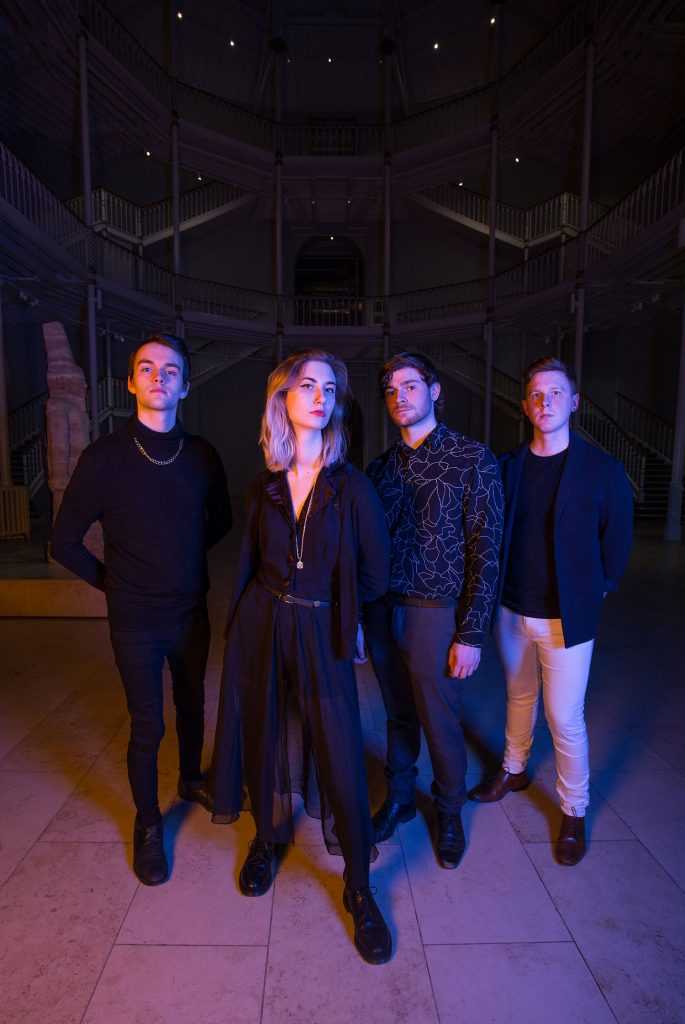 Set in the very fitting Earth in Space gallery, the members of Skjør felt quite at home whilst playing ‘Lovers in Space’ to the stars and the planets.

Skjør lead singer, Louise McCraw, told me why she felt the Earth in Space exhibit was perfect for their band:

“We have a kind of dark 80s vibe, and for this song, we had this sort of idea with space in mind. I’d been writing about time travel and stuff for a while and I really wanted to film in that room.”

“I also have really great memories of this place from when I was young, and the space exhibit was always my favourite.” 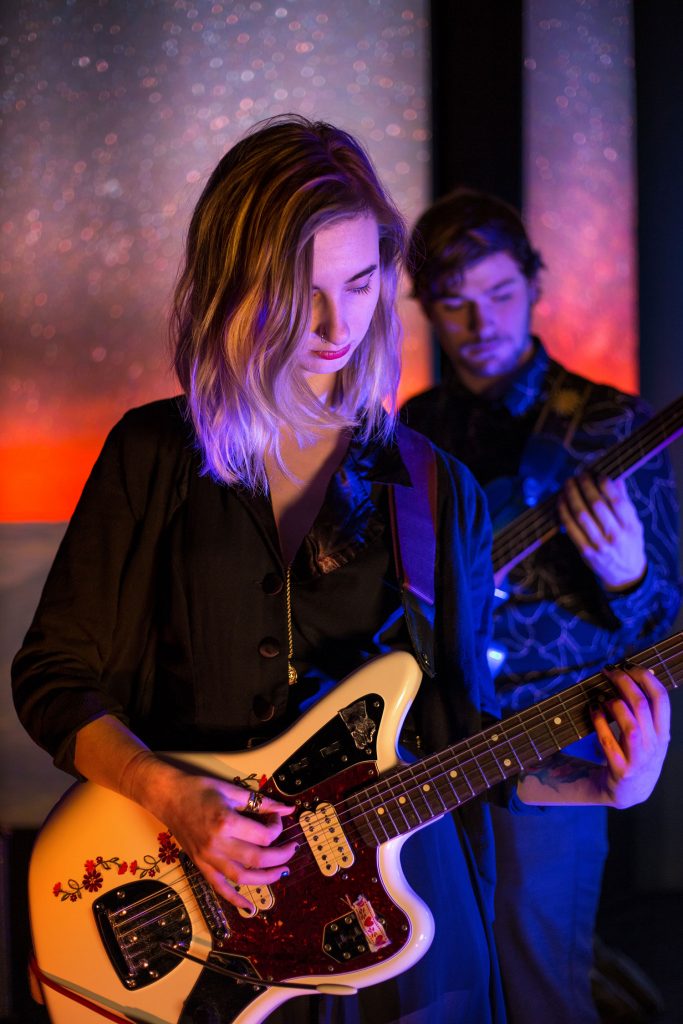 Skjør are hot off tour with Scouting for Girls, as well as opening for Pigeon Detectives in Glasgow last year. With an entirely unique sound, Louise told me who her biggest inspirations are:

“I think for me it’s David Bowie, St Vincent, Florence + the Machine. For the rest of the band, we like a lot of Siouxsie and the Banshees, and London Grammar!”

While the band themselves don’t have a particularly Scottish sound, Louise is very proud to be associated with Scottish pop:

“I love Scottish pop. I think it’s definitely a thing! It’s so broad, with loads of subcultures; indie, metal. Especially in Edinburgh.”

She also loves to see Scottish identity shine through in music:

“I love it in bands like Fatherson or even Chvrches, they use their broad accent to make them sound that little bit different.” 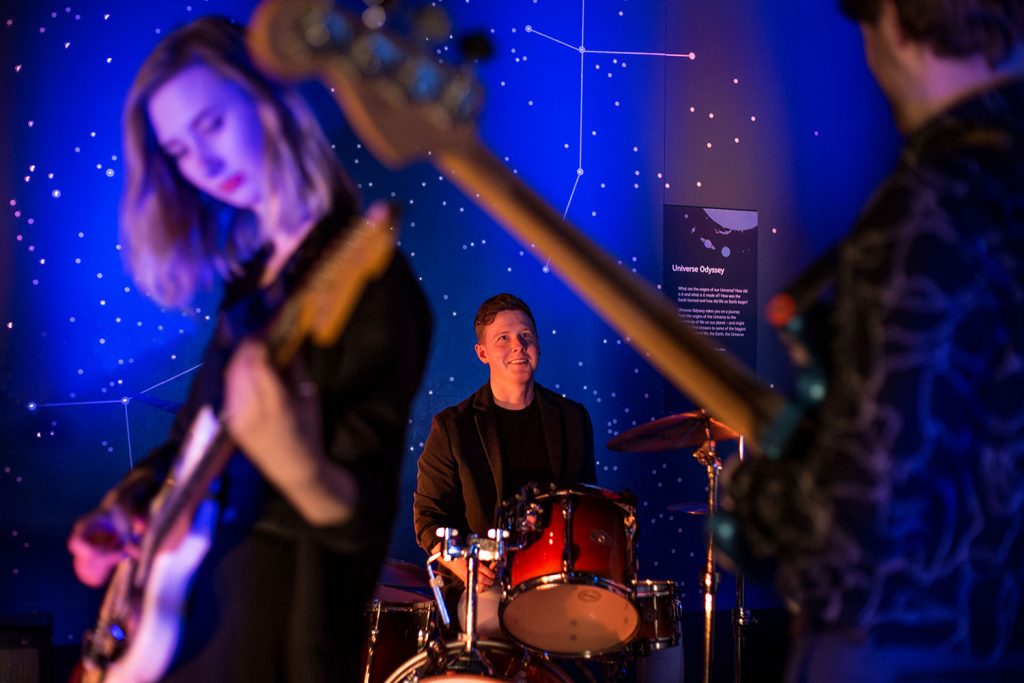 Skjør also finds inspiration from other up-and-comers on the Scottish scene:

“We’re really excited about this band called the Nightwave from Glasgow. Dancing on Tables are so good as well. Be Charlotte is great!”

Louise expressed gratitude for having formed a band in the supportive Scottish music scene:

“There is such a strong sense of community. In Scottish pop music, everyone looks out for each other.”

When I bring up Rip It Up, the band gushes:

“We’re really excited to read about Franz Ferdinand. Chvrches as well, ACDC also! It’ll be so cool to see what stuff is gonna be in the exhibit. There’s a really great mix of current and traditional music.”

Now that you’re excited about Skjør, here’s a lesson on pronunciation for spreading the word from the band:

“It’s the Norwegian word for fragile. I spent some time in Norway about four years ago, and I was really inspired by the place. A lot of people pronounce it S-k-jor. It’s actually just pronounced Sure.”

To find out more about Skjør and what they are up to, follow them on Facebook @Skjørofficial or to listen them on Spotify.