Dunfermline band Dancing on Tables are this month’s #FutureFeatures, and these guys are set for big things in the next few years.

If we had to use one word to define this band, it would be cool. They’re really capturing the direction of pop music, while successfully sounding completely unique. The song featured in our video, and a personal favourite, is ‘Missing’. 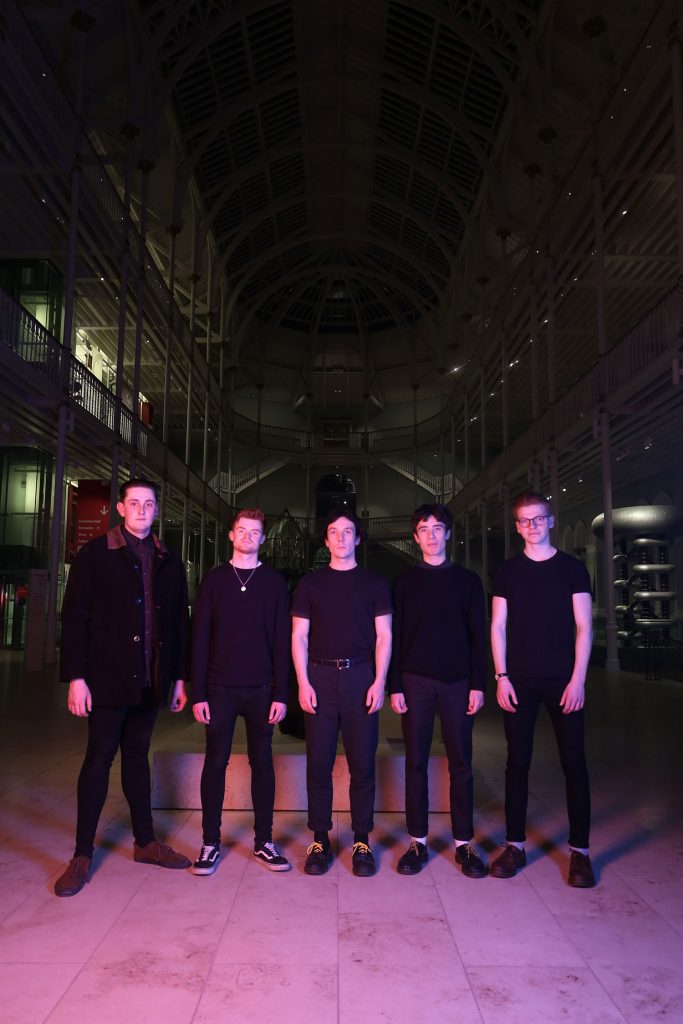 We had a chat with the boys in the museum and got to know a bit more about the dynamic five.

These five chaps formed a band in the final year of high school, and we think it’s going to take them far. Their infectious pop, they say, is influenced by childhood memories according to lead singer Robbie:

“A lot of our music taste when we were beginning was our parent’s music taste, kind of older records that we grew up listening too.”

DoT don’t like to label themselves, and have a massive range of influences:

“Between us, we listen to a lot of different music…”

Do they consider themselves a pop band? They’re unsure. Robbie told us:

“The phrase pop music is quite loaded. You think of like One Direction and these slightly more typically cheesy bands. I think people struggle with putting bands into categories. Ourselves, I think we’re more pop than we are indie or rock.” 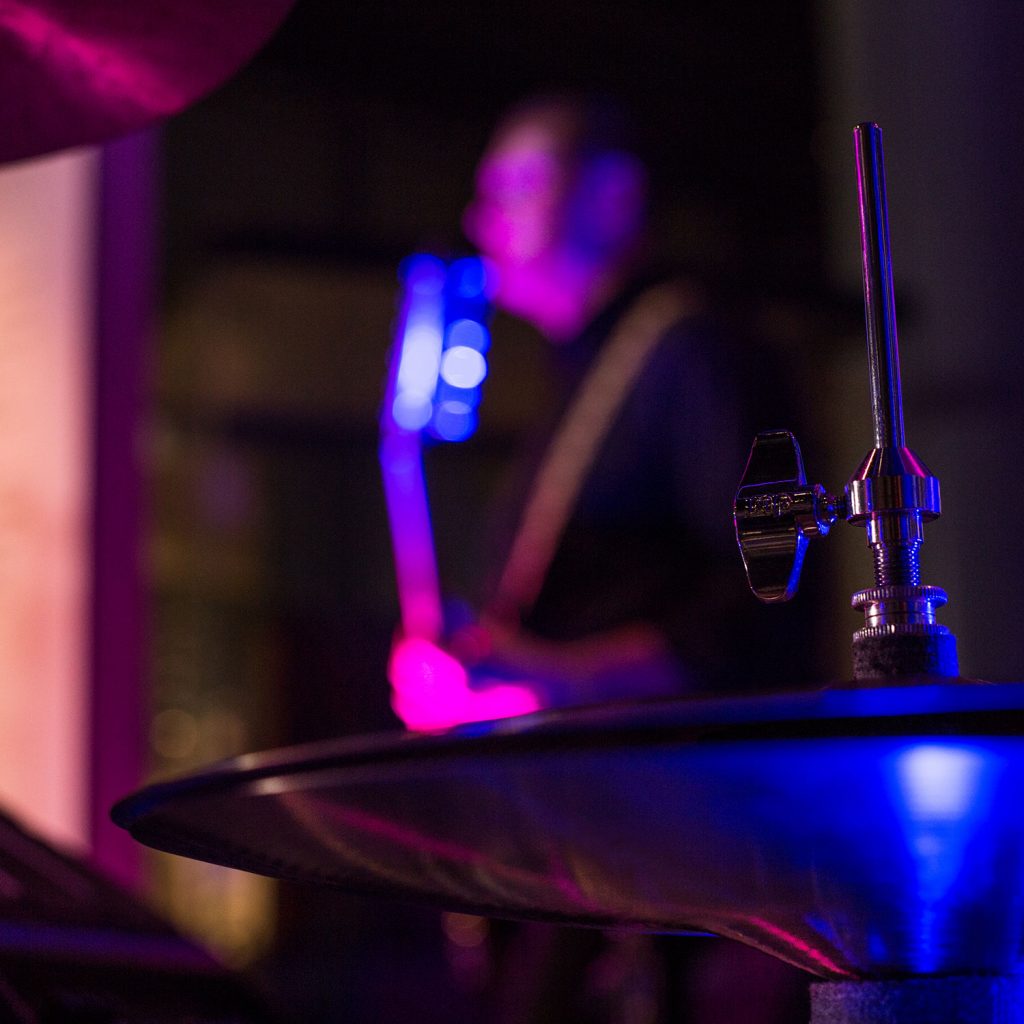 Their eclectic sound has taken them far, all the way to Nashville actually. They recently signed to LV records, to their surprise:

“It’s quite a surreal experience cause we’ve been doing this for years. It was always the aim but we didn’t realise it would become a reality so soon.”

It’s the sense of community in Scottish music that’s motivated them to get this far, the boys think:

“Yeah, I think there’s a really strong sense of community in Scottish music, and the emerging scene. I think it’s from coming from a small country, and everyone looks out for everyone.”

And they had good words to say about fellow Scottish pop band The 9th Wave:

“We saw them a few weeks ago and their live show is absolutely an experience. I think they’re really onto good things.” 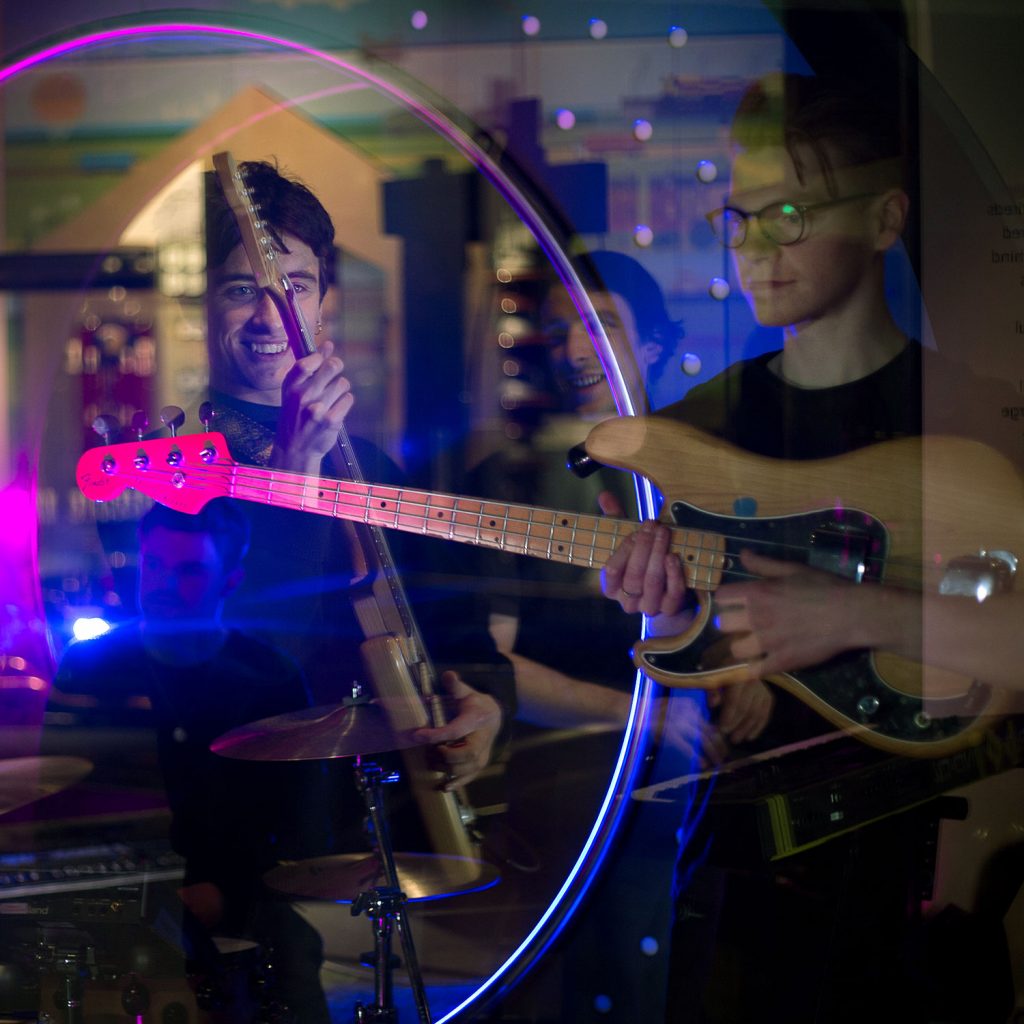 This Scottish sense of community can be felt in their music, in their look, and from speaking to the band. They’re not traditional tartan and bagpipes Scottish, but a fresh and modern take on Scottish indie culture that is not what you expect from these unsuspecting lads.

What’s next for DoT? A summer filled with festivals and exciting new projects, it seems:

“We’re releasing a whole load of new music; we’ve got like five or six tracks we’re working on just now.”

As well as this, the band are collaborating to open a new studio in Aberdeen. They said: “

We are developing a writing studio up in Aberdeenshire. It’s gonna be used for writing personally, and also bringing friends of ours from the Scottish music scene up. Really excited for that!”