Are you ready for an adventure?

Then jump on-board, as this week is Explore Your Archive week. We decided to delve into the Library Archive collections at the National Museum of Scotland to follow the footsteps of Scottish explorers.

The Library holds the archive of William Speirs Bruce, a scientist and explorer best known for leading the Scottish National Antarctic Expedition in 1902-1904. In the same collection is a diary of A. Forbes Mackay who was part of a three-man expedition to the South Magnetic Pole in 1908-1909. The archive collection allows us to discover what life was like for the explorers through their own accounts and records.

The records also show the supplies and equipment needed to undertake a journey of scientific exploration. This list was made by W.S. Bruce for an expedition to Spitsbergen. It includes everything from socks to ice axes, and drawing instruments to curry powder.

The archive holds lots of evidence of what the explorers saw whilst on their travels. Mackay wrote regularly of the changing weather during his expedition to the South Pole. For example, on 27 December he writes:

These clouds, above and to the west of us, move very very slowly, taking hours to alter shape. One large one straight in front of us seemed as if it were leading us to the promised land.

The records of the Scotia expedition are rich in illustrations and photographs of the wildlife that was discovered on the journey. The following illustrations by the ship’s artist, William Cuthbertson, show a scientific drawing of a penguin, followed by some sketches which capture their movement.

The Scotia expedition spent time trawling the waters to study the sea life. This was also recorded by the artist Cuthbertson, and some examples are below.

We also have images from William Martin, who was one of the crew of the Scotia, later transferring to the Scientific personnel of the Scottish National Antarctic Expedition. His handwritten diary of 21 April to 21 July 1904 details the return journey from Gough Island back to the Clyde. His sketchbook was donated to the Museum by his daughter in 2003, and complements the William Speirs Bruce papers. This is a sketch of the expedition’s camp on Laurie Island in the South Orkney Islands that they set up between 22 September and 19 October 1903. Bruce conducted the first scientific study of the island as part of the expedition. 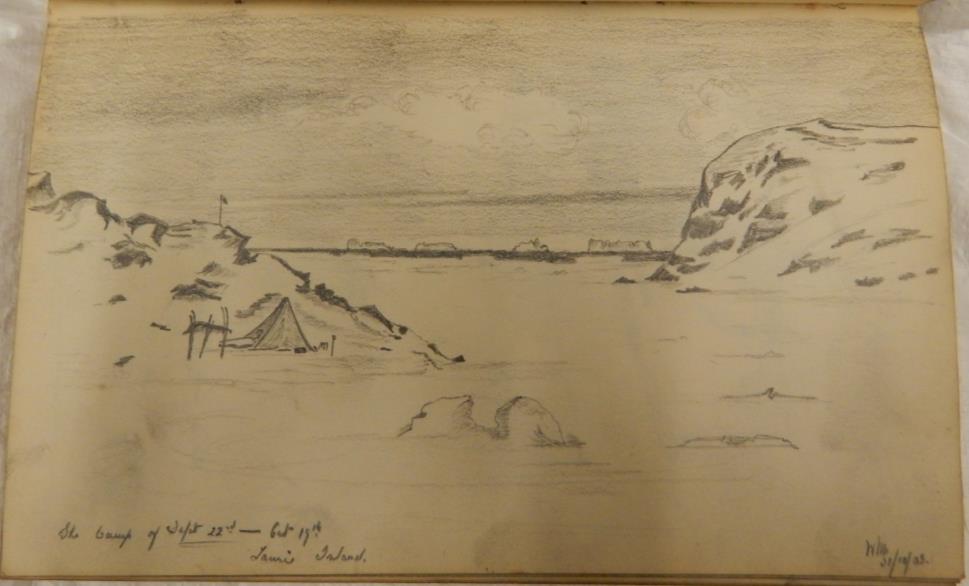 However, despite the incredible landscapes and wildlife that Bruce and Mackay encountered, the conditions were harsh. Mackay writes of traveling in extreme cold, with very little food. On 30 December he wrote that in the cold and wind they ‘ripped a hole six inches long in tent. Had to patch it in the breeze. It was intense torture.’

During these harsh conditions the explorers needed to find entertainment, and our records have proof of this too. The W.S. Bruce archive includes a notebook called Livre de Cochons, or Book of Pigs, which contains signed attempts to a draw a pig whist blindfolded. W.S. Bruce’s own attempt is shown below.

Mackay writes of a rather wishful form of entertainment as the men decided to dream up a banquet menu to pass the time. Mackay’s menu includes sheep’s head broth, haggis, and bramble jam roly-poly. He goes on to note ‘it is wonderful what a lot we think and talk about our bellies. I could almost eat my Finniskoe.’ 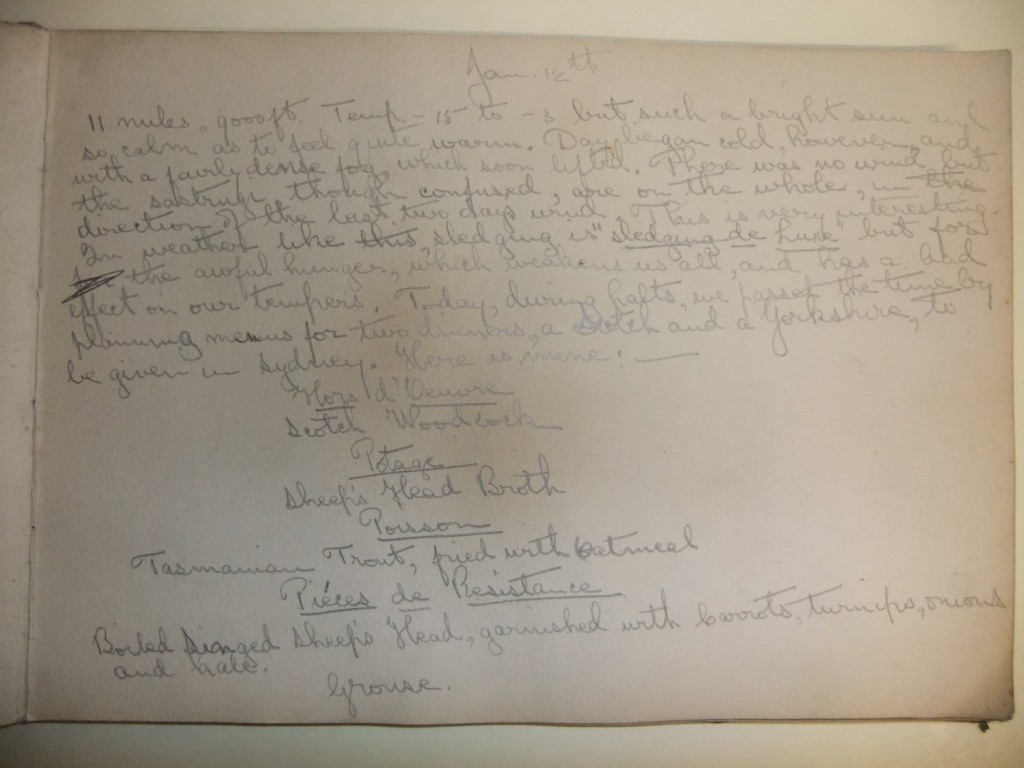 Finally, we can learn more about the explorers themselves. We think this cartoon of W.S. Bruce and a resident penguin speaks for itself! 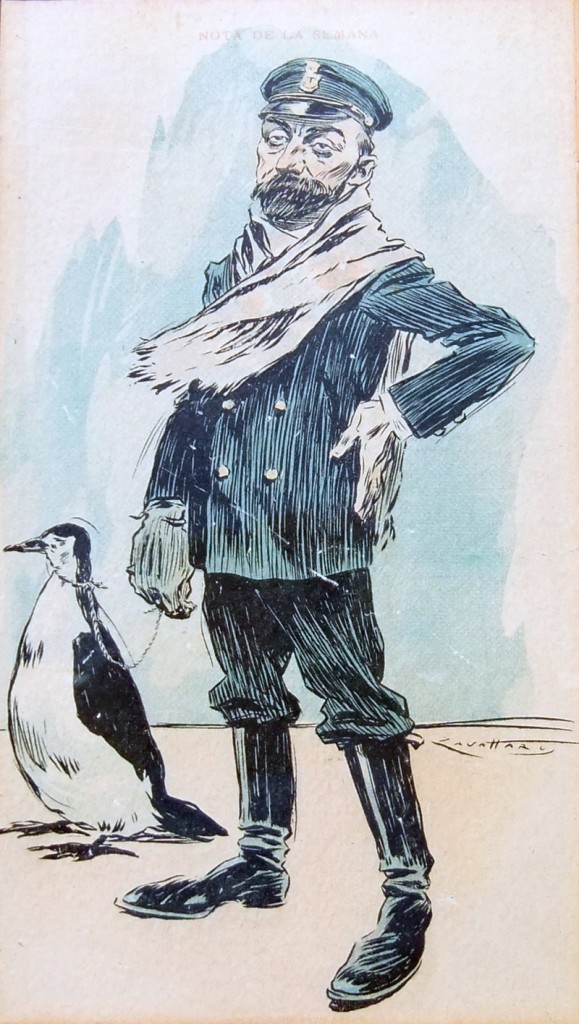 If you would like to explore the Library Archive at the National Museum of Scotland further, then please contact the Library at library@nms.ac.uk.

You can also read the full diary of A. Forbes Mackay at here.