In November 2014, the Learning and Programmes team at National Museums Scotland started work on an exciting new project: Explore Your Universe. Led by the Science & Technology Facilities Council (STFC) in partnership with the UK Association for Science and Discovery Centres (ASDC), the project involves 20 science education centres across the UK and will inspire children, young people and their families about the physical sciences. 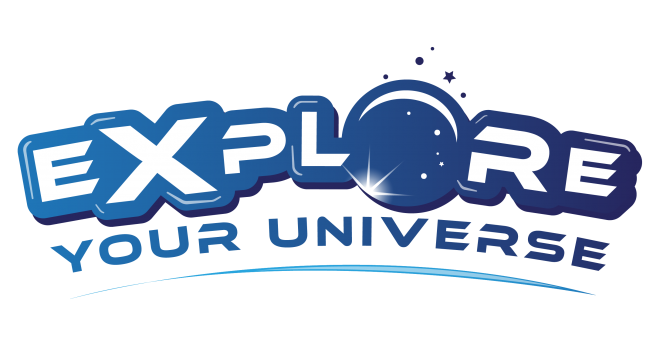 With new school workshops and family shows to write, the STFC decided to give all the science education centres taking part some inspiration. This came in the form of an opportunity for each institution to send someone to arguably the most exciting science centre in the world, CERN (the European Organization for Nuclear Research), to see the Large Hadron Collider. This was an opportunity that I jumped at and how I ended up arriving in Geneva with 22 other excited science communicators.

After a great lunch amongst the scientists at the staff canteen, we headed to a lecture theatre for a brief introduction to CERN. Here physicists and engineers work with complex scientific equipment to probe the fundamental structure of the universe. They use particle accelerators to boost beams of particles to high energies before smashing them together, or into a stationary target, and observing the results with detectors.

After reviewing the basics we headed out to the ATLAS detector, the site of amazing experiments including the search for the Higgs boson, extra dimensions and dark matter particles. We talked to one of the scientists who works on ATLAS and saw the control room, where all the data from the experiments is sent.

We then headed across the road to the Globe of Science and Innovation, where we found a sculpture celebrating the Higgs boson, a new particle confirmed in July 2014 using the ATLAS and Compact Muon Solenoid (CMS) detectors. Inside the dome is an interactive gallery, opening up CERN’s complex physics research to the many visitors who travel from around the world to see it.

The next morning, we were ready to go nice and early for the part of my trip that I was most looking forward to. We headed to the CMS, a detector running similar experiments to the ATLAS detector. However unlike ATLAS where we stayed on the surface, at CMS we got the chance to head 100 metres underground to see the detector up close. So we put on our hard hats and descended in the lifts.

Once downstairs, we headed through rooms of computers where all the data is sent from the detector, and finally to the detector itself! The detector is huge at 21 metres long, 15 metres wide and 15 metres high. This was a special treat as it’s normally too dangerous to go near the detector, however as it’s not currently running we were able to get really close!

After this we headed to SM-18, the test centre where magnets are used to bend particles, and then to the Data Centre where the huge amount of data produced by CERN’s experiments are sent around the world on their Grid computer system to be processed, stored and analysed. After lunch we headed to their brand new education rooms to test out hi-tech new workshops for schools. These, as well as all tours, are offered free of charge to school groups who manage to make it to Geneva.

After a packed couple of days, my mind now filled with physics and new ideas, we were ready to leave. On the way out a familiar sight greeted me – a Cockcroft-Walton generator, just like the one in the grand gallery of the National Museum of Scotland!

Over the next year, we have lots of exciting events to tie in with Explore Your Universe – from new school workshops and family shows, to expert sessions with a variety of scientists. Take a look at our website for more details!