Being part of the digital team at National Museums Scotland requires the majority of my work to be desk based.  This does not mean my job is dull, far from it – the digital world allows me to marvel at the wonders of the natural world in all its glory.

This has certainly been the case with the Wildlife Photographer of the Year exhibition, currently on display at the National Museum of Scotland. This world-renowned exhibition, on loan from the Natural History Museum in London, features 100 awe-inspiring images, from fascinating animal behaviour to breath-taking wild landscapes.

While marvelling at the images displayed in Wildlife Photographer of the Year, it reminded me of the natural world literally at my feet in the museum galleries at National Museum of Scotland. Being a behind-the-scenes person, when I do venture out to the galleries, it reminds me how fortunate I am to work with such an amazing collection. I can safely explore an awe inspiring world, travel back and forward in time and discover all kinds of people, creatures, objects and landscapes. It’s with the natural world that I have come face to face with some fascinating museum creatures. Let me introduce you to a few of my favourites:

For all cat lovers out there, who wouldn’t want to cosy up with this adorable pair of Pallas’s cats? They are natives of Iran, China, Russia, Mongolia, Nepal and India, living in rocky deserts and barren mountainous regions. They are about the size of a domestic cat but looks much bigger due to their stocky build and long, thick coat.

On the subject of cats and closer to home I’m reminded of the elusive Scottish wildcat, which is rarer that than its larger cousin the tiger.  Both have stripes but the Scottish wildcat, one of the UK’s rarest mammals, is now restricted to the Highlands of Scotland. Our Principal Curator of Vertebrate Biology, Dr Andrew Kitchener, works with Scottish Wildcat Action, the first national conservation plan with a vision to restore viable populations of Scottish wildcats to the Highlands.

Moving on upwards to Adventure Planet on Level 5 of the National Museum of Scotland, we have the adorable red squirrel. It is smaller than its North American cousin the grey squirrel, which has pushed the red squirrel out of much of its former territory. Scotland is home to the 75% of the total UK population, of which it is estimated there are less than 120,000.

A walk on the wild side wouldn’t be complete without the weird and wonderful. How about this for a set of digits? They belong to the rare Aye-aye, a member of the lemur family and native to Madgascar. Although the Aye-aye is mainly nocturnal you can see ours during the day time in Feeding on Level 1 of Animal World.

Talking of weird, how about this little star-nosed mole. Normally native to eastern North America, our star-nosed mole can be found in Animal Senses on Level 3. The tentacles on its nose are extremely sensitive to touch and to electrical impulses and allow the moles to find and identify their invertebrate prey without using sight. 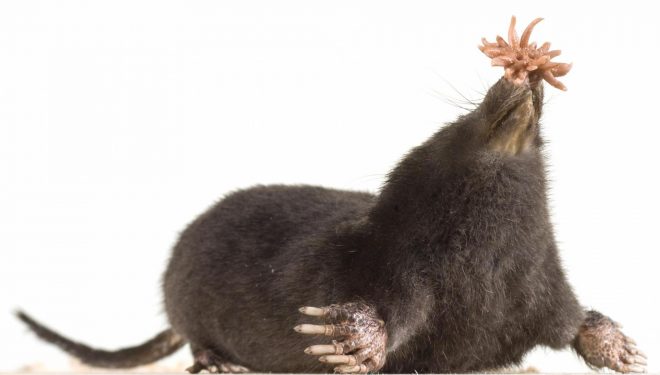