Scotland’s National Airshow has been flying high for 20 years and I have been privileged to be a part of the behind-the-scenes team for the past eight years.  This year’s air display on Saturday 22 July 2017 sees a welcome return to some of my flying favourites, which I thought I would share with you.

I’m delighted that the dynamic RAF Red Arrows team are returning in to East Fortune Airfield in their 53rd display year. Scotland’s National Airshow is one of the 60 displays the nine fast-jet pilots are expected to perform this summer.

Direct from their Spring Hawk training exercise in Greece, the RAF Red Arrows news reports that the “Red Arrows begin new season with colourful additions to display. After months of training, the Red Arrows’ 2017 display season is officially getting underway.” You can read the full article here, and find out more about the 2017 RAF Red Arrows team and what to expect this season here: raf.mod.uk/reds.

60 years for the Battle of Britain Memorial Flight

In contrast to the Red Arrows, the majestic Battle of Britain Memorial Flight, which marks its 60th anniversary this year, brings the Spitfire, Hurricane and Lancaster to the skies over East Fortune. I’m reminded of hearing Second World War stories from my mother, particularly about the Supermarine Spitfire. It is probably Britain’s most famous fighter, produced in greater numbers than any other British combat aircraft: 20,341 Spitfires were built in 22 different variants. If you want to take a closer look at a Spitfire, the National Museum of Flight has a Mark XVI on display in our Military Aviation hangar at East Fortune Airfield.

Heroic aerial acrobats will also be provided by a very, very ‘special’ Pitts S2S. The pilot of the Pitts is champion aerobatic display pilot Richard Goodwin, a former Tornado pilot with the RAF. Here’s a taste of what you can expect this year from Richard’s display at Scotland’s National Airshow in 2016.

Plane out of this world

Being someone who likes the weird and wonderful, I’m really excited to report that that Bronco light-attack and reconnaissance aircraft is returning to the air display this year. I find this aircraft quite different in its appearance to many that will be flying this year.

A clear technical description of this aircraft from the broncodemoteam.com website states that “the  OV-10B Bronco variant was produced for Germany as target tug. 18 aircraft were delivered in the early 1970’s and were equipped with a steel cable winch inside the fuselage. A clear dome replaced the rear cargo door and a backward facing seat was installed for the winch operator.”

View the OV-10B from various angles at Scotland’s National Airshow in 2014, courtesy of Spencer Harbar. 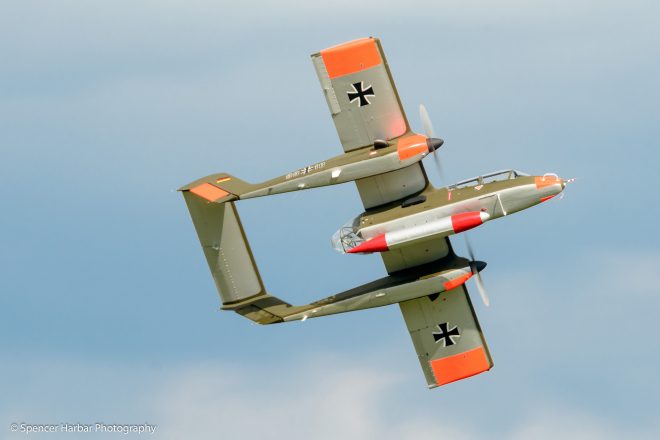 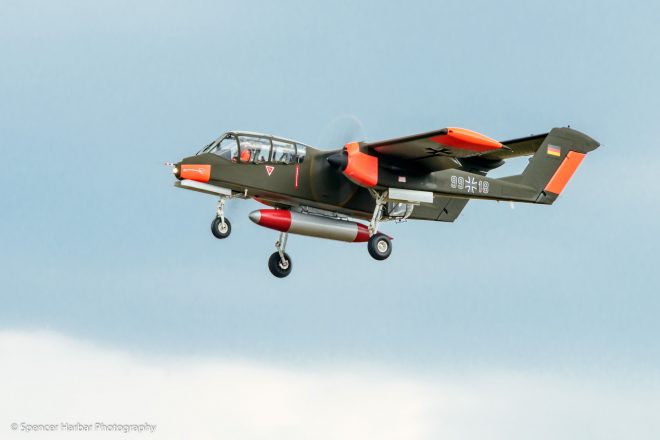 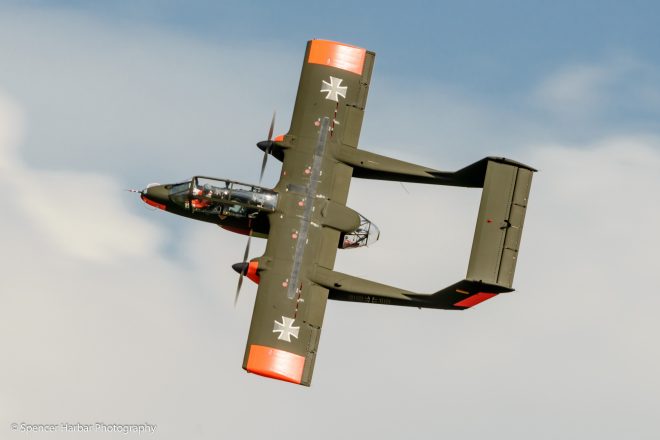 I do hope you’ve enjoyed my flying favourites heading for East Fortune Airfield on Saturday 22 July 2017 and I hope to see you at #airshowscot so you can share your favourites.

Book tickets advanced tickets by 5pm on Friday 21 July 2017 and order your copy of the this year’s programme in advance to save time on the day.

Find out all you need to know about Scotland’s National Airshow 2017 at nms.ac.uk/airshow