Exploring a village of multi-coloured houses powered entirely by renewable energy may sound like an eccentric getaway trip, however, this is the world created by primary school students at the National Museum of Scotland during Maths Week Scotland 2018.

Maths Week took place across Scotland from 10 – 16 September, with events for schools, adults and families. Talks spanned all areas of maths and life from rock music to cancer tumours whilst thousands of school children took part in competitions, games, workshops and shows. Highlights of the week can be found on the Maths Week Scotland 2018 blog.

Here at the National Museum of Scotland, P5-7 school pupils took part in our Get Energised: Power House workshop. Power House is part of the National Museums Scotland Get Energised programme, funded by the ScottishPower Foundation. The workshop and accompanying teachers’ resource provides pupils with the opportunity to use maths to tackle real world problems in a hands-on way. During the workshop, pupils use scientific, analytical and mathematical skills to investigate renewable energy. Pupils consider how we currently use renewable energy, its potential and problems for the future.

The first challenge was to build the best wind turbine. Symmetry, problem-solving, testing and angles were all important as teams got to work. Ideas were shared and implemented as teams decided which wind turbine design to test first. After testing it was back to the design board to remove or add blades and adjust angles, before re-testing.

Having mastered wind turbines, it was time to see how they could be used. Teams built LEGO™ houses to exacting measurements. Housing regulations were strict with spot checks by our Housing Enforcement Officers (aka the Learning Team).

Pupils used pen and paper calculations to work out how to generate enough power for their house without overspending on turbines and solar panels. With a bit of head scratching and problem solving, the turbines and panels were in place. The houses were finished. 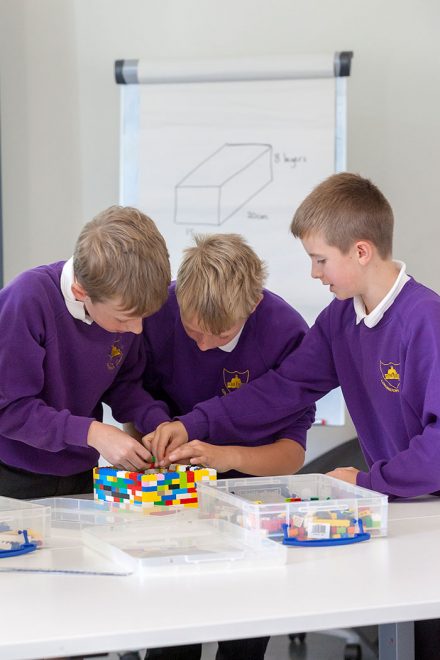 Our young architects’ work wasn’t done yet though. It’s no good designing a renewable energy powered house if you have no idea where it is going to go. Compass points and knowledge of the sun’s path provided pupils with clues as to where best to place their house in the table top village.

These houses may only be suitable for 2cm high LEGO™ people right now, but as pupils left discussing their houses there is every chance of seeing some bigger versions in the future.

Get Energised: Power House is running throughout the 2018-2019 academic year funded by Scottish Power Foundation. Information and booking are available here. Travel subsidies are also available.

Visit our Energise Gallery in National Museum of Scotland to find out more about renewable energy or use your problem-solving skills to have a go at building your own wind farm in our online game.