What is it about beer?

I’m working on object labels for our Enquire gallery. When it opens in Summer 2016, Enquire will showcase stories of scientific enquiry but at the moment I keep coming across beer, and this is without selecting the objects specially!

First up is the saccharimeter: a device to measure the amount of sugar in a solution using the polarisation of light.  Very useful if you are brewing and widely used in the industry, though this example came from the Natural Philosophy Laboratories of the University of Edinburgh.

Next up is this device for comparing two colours, matching the colour of a solution to samples of coloured glass.  Brewer Joseph Lovibond designed this piece of apparatus, which he called a tintometer, for measuring and recording the exact colour of his beer to ensure it had a consistent quality.  The technique was introduced in 1885 and proved widely useful for other colour changes in industry and chemistry. The Lovibond company are still making tintometers.

Finally, in a section about particle physics we come to the bubble chamber: a device which makes the tracks of radiation and subatomic particles visible as a stream of bubbles in a super heated liquid.  Donald Glaser, who was awarded the 1960 Nobel Prize in Physics for the invention, was widely said to have been inspired by watching the bubbles form in his beer.  In a talk in 2006 however, he revealed that beer wasn’t his inspiration at all.  But he had tried in early prototypes to fill the chamber with beer – an unsuccessful experiment which he said left the lab rather smelly. 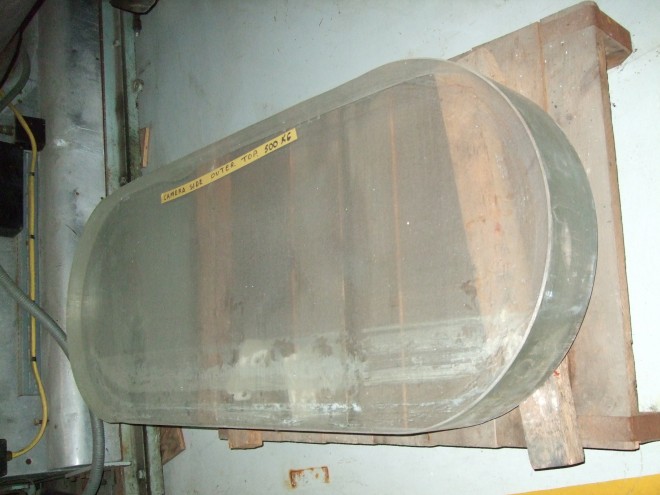 Our bubble chamber, The British National 1.5 M Bubble Chamber from 1963, was filled with liquid hydrogen. You can see it on its way to CERN in this film.

So, what is it about scientists and beer?