You may have already noticed this festival fever on the streets of Edinburgh. It is easy to see it in many places around the city… Crowds swarm around street entertainers, music streams from street corners, people form long queues to squeeze into small rooms with the hope that someone will make them laugh and buildings often forgotten in the vast city landscape take on a new lease of life as they fling their doors open to comedians, musicians, artists and actors.

Our #NMSAfterHours has begun! The Grand Gallery quickly filled with people and the Tshwane Gospel Choir were first on the main stage #EdFringe #Edinburgh #MuseumLates #NationalMuseumsScotland #EdinburghFestival

A video posted by National Museums Scotland (@nationalmuseumsscotland) on Aug 14, 2015 at 12:15pm PDT

On Friday night the fever crept down Chambers Street and inside the doors of the National Museum of Scotland for the Museum After Hours event. With the fever came streams of music, colourful entertainers and crowds hoping to be entertained. I was standing on the balcony watching this transformation of the museum unfold, as the first fleet of people flooded into the Grand Gallery. They were quickly followed by more, many of which hovered in anticipation in front of the Main Stage.

Need some #MondayMotivation? Just listen to a few seconds of singing from the Tshwane Gospel Choir. This was them performing at the #NMSAfterHours event at our museum on Friday. #EdFringe #Edinburgh #MuseumLates #EdinburghFestival @tshwanegospelchoir A video posted by National Museums Scotland (@nationalmuseumsscotland) on Aug 17, 2015 at 3:58am PDT

The Main Stage had a unique setting beween the Cockcroft-Walton generator and the skull of Moby the whale. This is where the first act of the night, the Tshwane Gospel Choir, started singing and their diverse sound blended both jazz and gospel. The choir brought an uplifting energy into the Grand Gallery and were a great start to the evening. I moved down from the balcony to get a closer look at the action on the stage and arrived just in time to see Ticket to Bollywood. This group from Mumbai dazzled with their spectacular dances and colourful costumes, they were a definite favourite of mine.

Now on the main stage at #NMSAfterHours is Ticket to Bollywood. #EdFringe #Edinburgh #MuseumLates #EdinburghFestival #NationalMuseumsScotland A video posted by National Museums Scotland (@nationalmuseumsscotland) on Aug 14, 2015 at 12:27pm PDT

I stayed close to the Main Stage as Discoteque Machine took to the floor and I was immediately in awe of their crazy choreography. They encouraged some nimble members of the audience up to join them for a dance. I was equally impressed by all of the moves from these volunteers, they were soon all shaking their hips and waving their arms like professional Morphs!

A video posted by National Museums Scotland (@nationalmuseumsscotland) on Aug 14, 2015 at 1:17pm PDT

These three highlights from the Main Stage are just a small slice of the action at the Museum After Hours. There was so much to explore and it was great to have a space where I had a choice of a number of festival performances to watch, yet also the freedom to move around without queuing for each new act.

In fact, a number of spaces became performance areas and there was a real sense of the Fringe happening all around the museum. I later spotted artists from the Da-da-darling group elegantly sweeping down the stairs and curators from the Art and Design department collecting opinions and sharing insights into the new Fashion and Style Galleries on Level 2.

Can fashion be a platform for wellbeing? Come up to Level 2 and have your say. #NMSAfterHours (And there’s crafts!) pic.twitter.com/fLZr3LHGqZ

I even managed to catch a little bit of magic mind reading from Colin Cloud in the Auditorium. Overall, the event introduced me to a number of performers that I may not have spotted in the vast festival brochure and gave me a real sense of which performers I might want to see more of.

That’s a wrap! Thanks to all who joined tonight’s #NMSAfterHours at the museum! #EdFringe #MuseumLates #NationalMuseumsScotland #Edinburgh #EdinburghFestival A video posted by National Museums Scotland (@nationalmuseumsscotland) on Aug 14, 2015 at 3:39pm PDT

I recently joined the Digital Media Team at National Museums Scotland and this is the first opportunity I have had to see the transformation of the museum from day to night, it was really special. On the night I was recording elements for use on Instagram and Twitter, plus responding to visitors who were sharing their own highlights on social media. 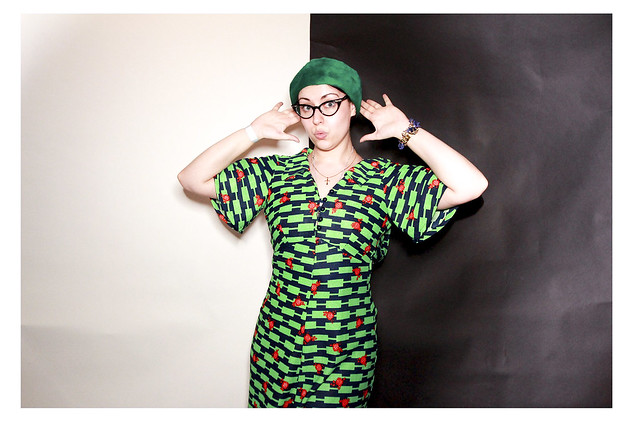 This gave me a double dimension from which to view evening and I particularly loved seeing the results of photos from the #VictorianSensation photography studio and the quirky images being captured in the Bubble Photo studio.