Completing an internship with National Museums Scotland was an exciting and honourable prospect for me, a Chinese student. I remember the moment when I got my entrance pass for the Museum, it made me feel like I would really be able to contribute to the development of Scottish art history.

The pottery of J. & M.P. Bell & Co was based in Glasgow and was Scotland’s largest industrial pottery in the 19th century. A large number of ceramics exported to South East Asia by Bell’s pottery were acquired by the museum in the 1980s. The main focus of my internship was to improve the records of these Scottish export ceramics on the museum’s database Adlib, with encouragement from my supervisor to conduct independent research about the central patterns of Bell’s export pottery.

To familiarise myself with the contents of patterns, I started by checking and categorising all the patterns on the plates. However, this research topic was particularly challenging as there are very limited references. In fact, the main reference works were a book chapter written by Henry E. Kelly and an auction catalogue by Christie’s and neither of these had a systemic analysis of their patterns. This made my research challenging, but also a lot of fun. 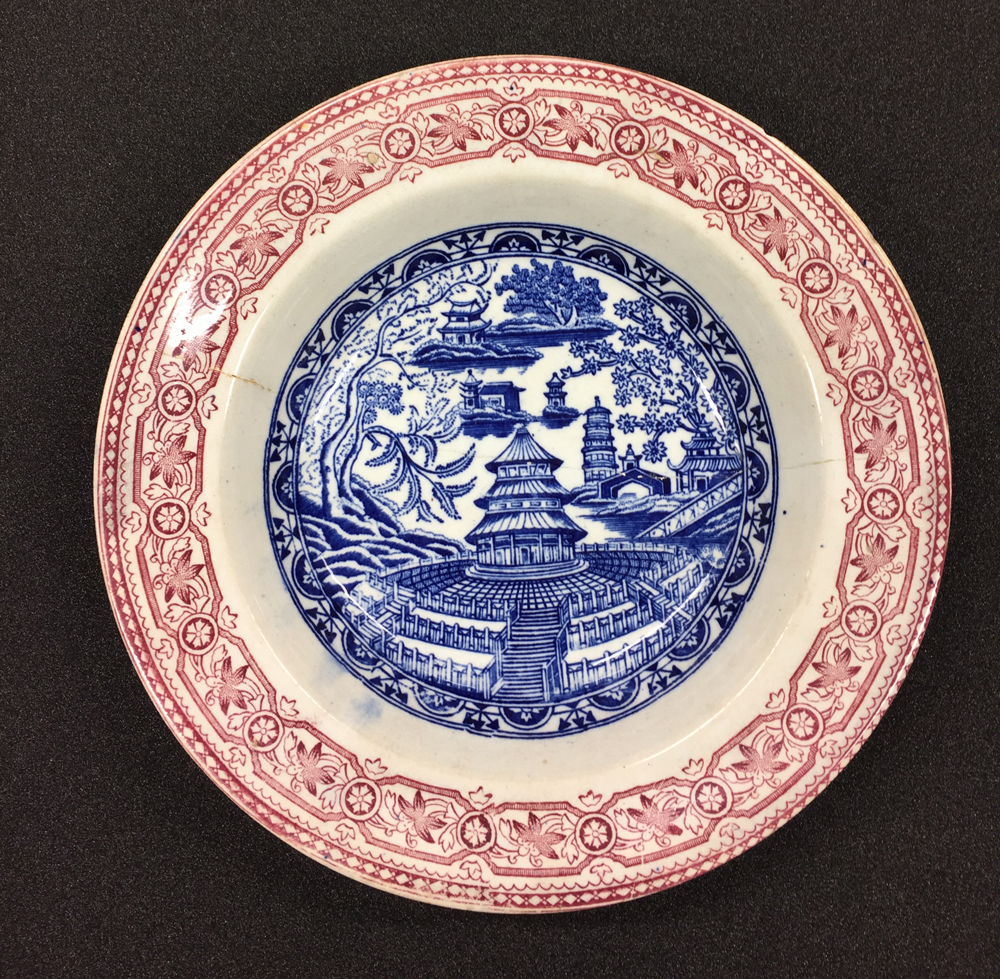 I started to analyse the ceramics with a typology method, based on observations of Bell pottery in the collection of National Museums Scotland. Their central patterns can be divided into the following four types: Fruit and Flowers, Landscape, Mythic Creatures and Stylised Decorative Pattern.

After I categorised these central patterns, I noticed that the pattern names and patterns are very market-oriented. According to some acquisition information of the plates and the research by Henry E. Kelly, South East Asia was their destination market.

Lilies and Peacock were named in English, but many of the other patterns were named in Malay – such as Buah Nanas meaning ‘pineapple’ and Tarlalu Bagus meaninf ‘very best’.  On the other hand, perhaps to flatter their customers, pattern designers used cultural elements from South East Asia on Bell pottery. During that time, South East Asia was a transfer station of maritime trade between China and Europe, with lots of Chinese business men living there. Therefore, the culture of this area was highly influenced by Chinese culture. 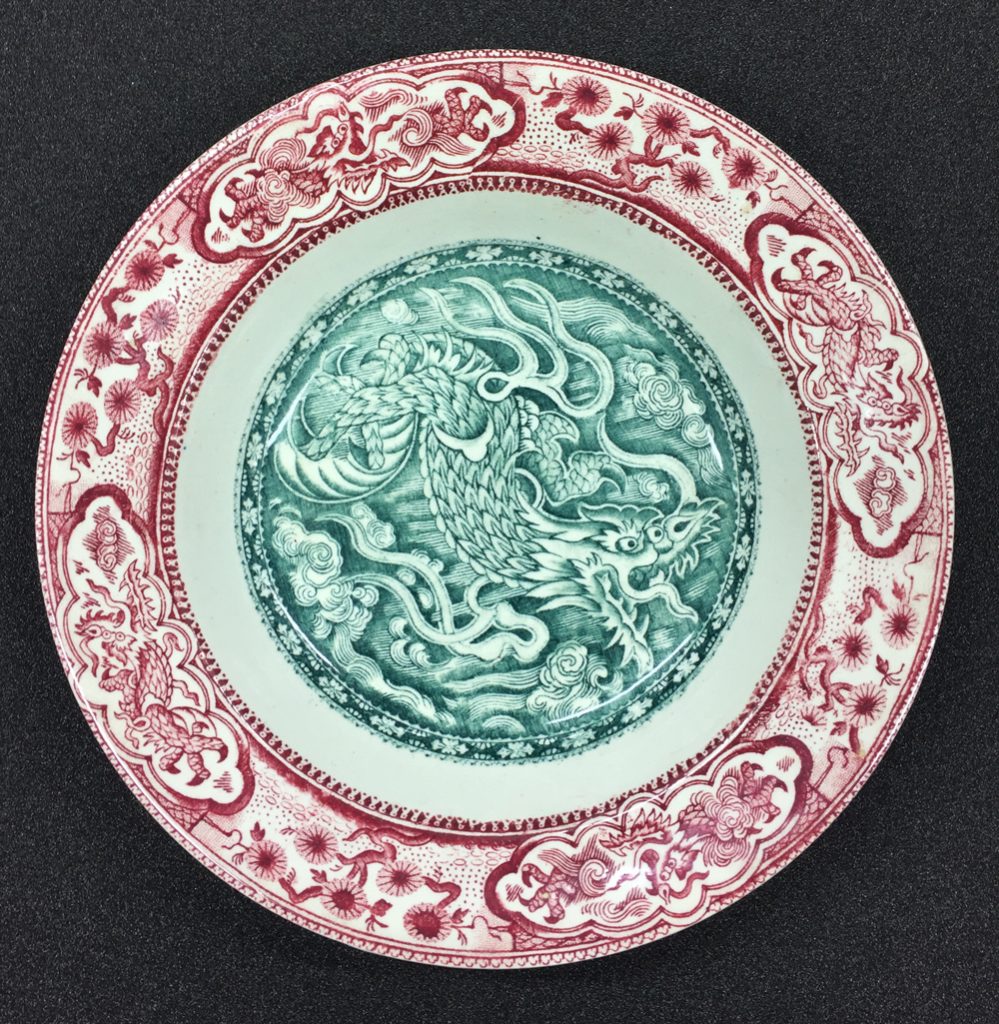 One of the most common patterns on Scottish export ceramics is the dragon, which appeared on Bell pottery in different styles, and there are four main kinds of dragons. The first one is a dragon that has four claws and two tails, which appeared in the Kapal Basar pattern. The second one is a goldfish-like dragon against a background of stylised clouds above the water, in the Ikan China pattern. The third one is a four-legged scaly dragon with horns in the Celebes pattern and the last one is a fire breathing dragon with stylised clouds of smoke. These dragons were mainly influenced by the Chinese decorative style, but were recreated with a western look, for example you would never see a dragon with a goldfish-like body on true Chinese ceramics.

South East Asia is also an Islamic area with rich of tropical fruits and therefore Buah Nanas showed three pineapple plants above an Islamic-style moon shape pattern. But as the designers were still Scottish, their pattern added some western elements, such as the Celtic Cross in Burong Surpan.

General understanding is often that Asian countries are the main place for porcelain production. However, during the 19th century Scotland produced a lot of pottery for export. Although Bell’s pottery borrowed a lot of elements from South East Asian culture they combined these with their own designs to create their own style which crossed cultures.