Knitting is quite a mathematical pursuit, and knitting pattern instructions are similar to computer code.

There are many knitting groups and knitters online that focus on science related knitting: knitted microbes, knitted DNA, knitting using the Fibonacci sequence or Pi.

Whilst chatting with Julie Orford (Assistant Curator, Science) about my interest in knitting, she told me there were a couple of knitting/wool related objects in the Science and Technology collections. When Julie showed me some photos of Alexander Crum Brown’s knitted scientific models, with a triple layer of knitting in three colours, immediately I was curious to work out how he had created them.

Initially, I assumed I could use the double knitting technique, where the yarn swaps from one side of the knitting to the other to change colours, and just add an extra layer in. I decided to create a piece of knitting featuring the National Museums Scotland logo.

I created a chart to follow, with the three layers and colours included, which looked pretty mind-boggling!

After attempting to knit according to the chart, it became obvious that this was not the technique Crum Brown had used.

I told Julie of my problems, and she brought me the models to have a look at in detail. I look after National Museums Scotland’s intranet and don’t often have the opportunity to deal with the actual objects in the collection, so this was rather exciting. 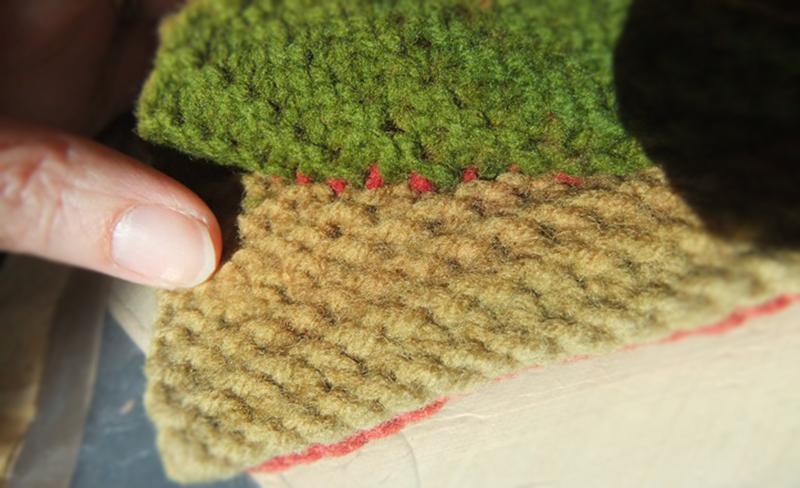 Using this technique, it was too difficult for me to work with all the stitches on two needles, so I decided to try with a pair of needles for each layer: six needles! 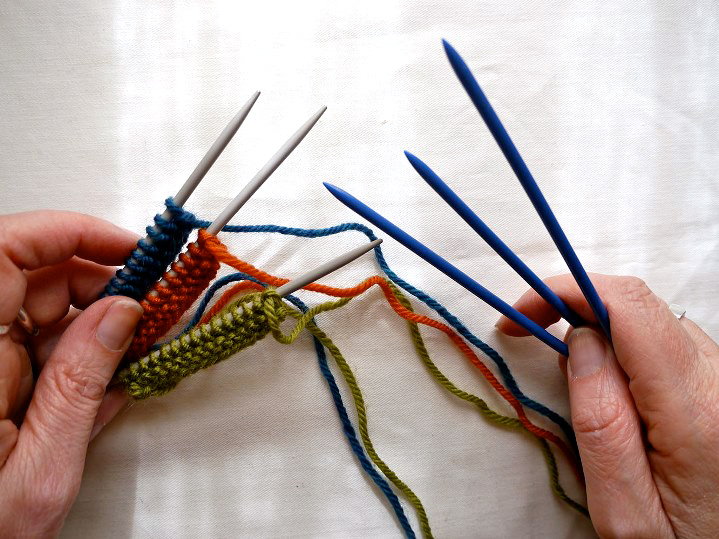 I also changed the chart to make it easier for me to see what to do. Working from one main chart showing one layer, so I could see when I needed to change colour, and then with small charts of the other two layers. 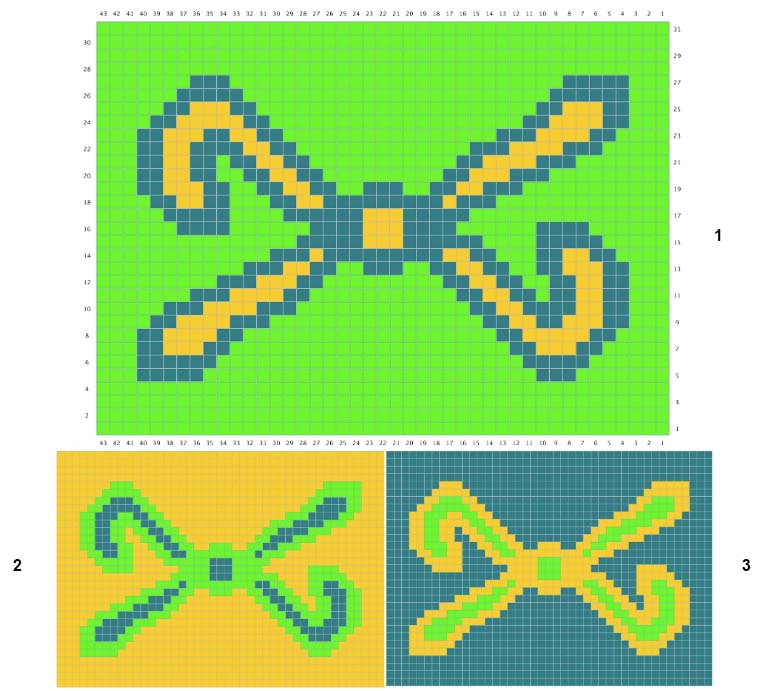 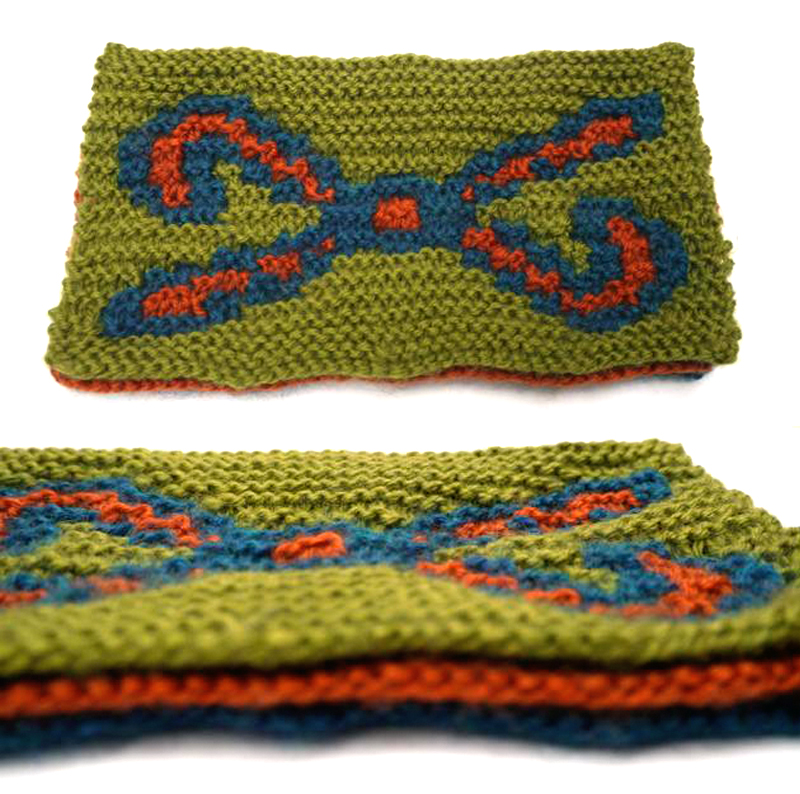 I thought it would be good to share this technique, as it was so unusual, and not a technique that a knitter would naturally develop. I wonder how close I have come to the way Alexander Crum Brown created his models? If I am close, it’s quite a tricky technique for someone to create, and I’m very impressed with his knitting prowess. 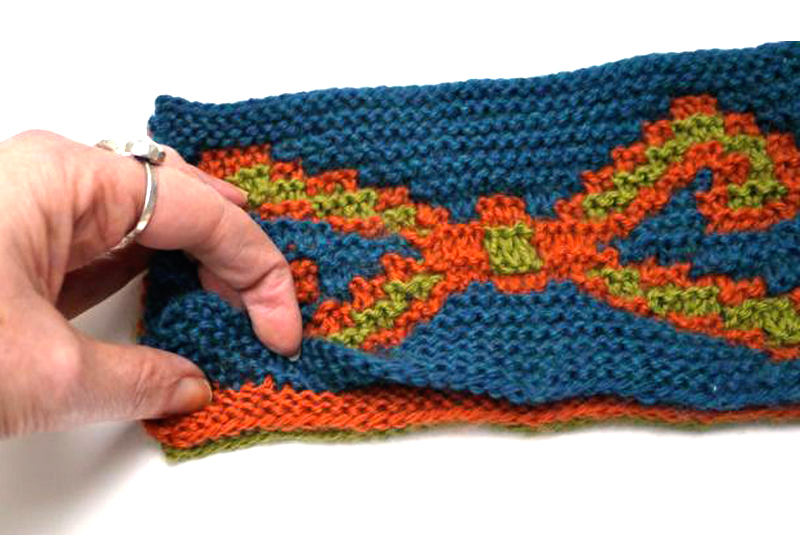 You can find out more about the technique, and follow instructions to use the technique and create your own piece of Crum Brown knitting, on my blog.