This 17th-century boy’s doublet is a beautiful and rare piece of clothing which will be displayed in our new Fashion and Style gallery, opening 2016. 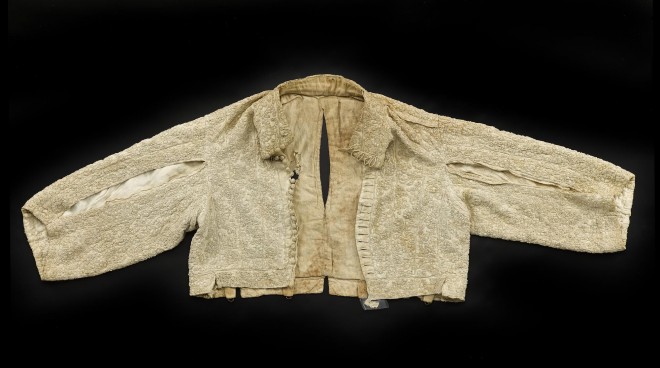 It’s made from undyed linen decorated with corded linen and satin stitch in a floral pattern. The collar is stiffened with whalebone, and the ‘Turk’s Head’ buttons have a core of tightly rolled textile rag. In the interior of the doublet are five linen fobs with a metal hook, which would originally have been used to attach and support trunk hose. 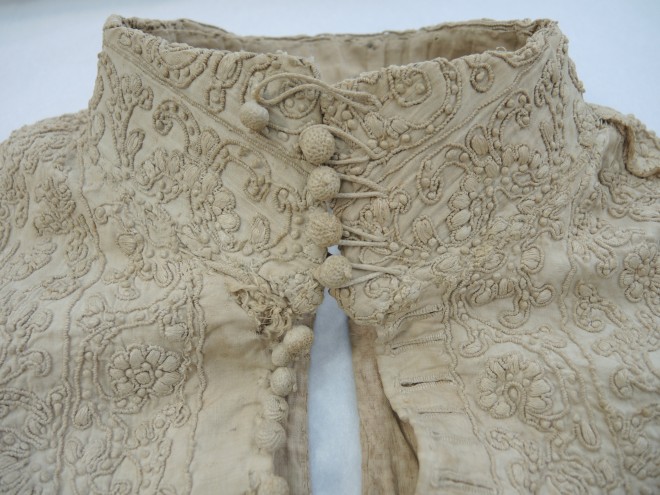 When new, the whole doublet would have been a natural off-white colour. However as the fibres have begun to break down, yellow and brown soiling byproducts have formed. From a preservation perspective, such byproducts are undesirable as their acidity advances and speeds up the deterioration of the linen fibres. The coloured staining also considerably reduces the visual impact of the garment. 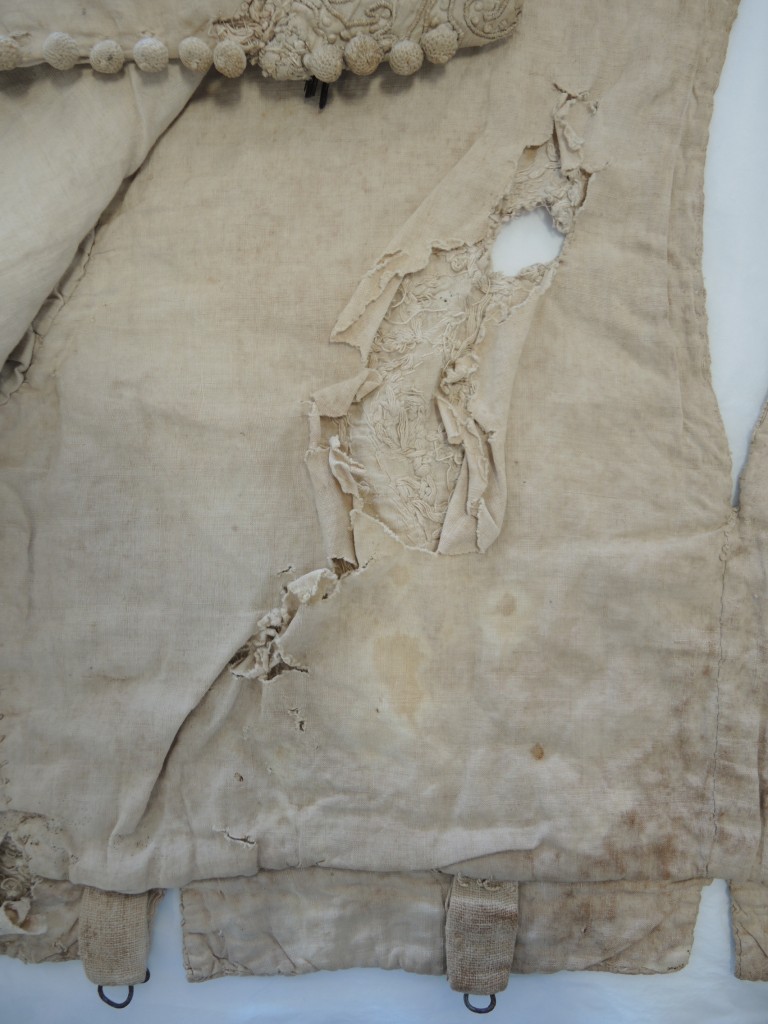 Cleaning a garment of this age requires careful planning and preparation. Aged fibres are considerably weaker than new, and whilst wet will be even more fragile. Holes and tears within the doublet would be particularly vulnerable during cleaning, and so temporary net was stitched around these points to protect them during cleaning.

Special modifications were made to the cleaning solution to ensure maximum stability for the object and to make the cleaning as efficient as possible. The solution I used included 10% Industrial De-natured Alcohol (@ 99%), and so I needed to use extract ventilation and wear protective clothing during cleaning, including a solvent mask. 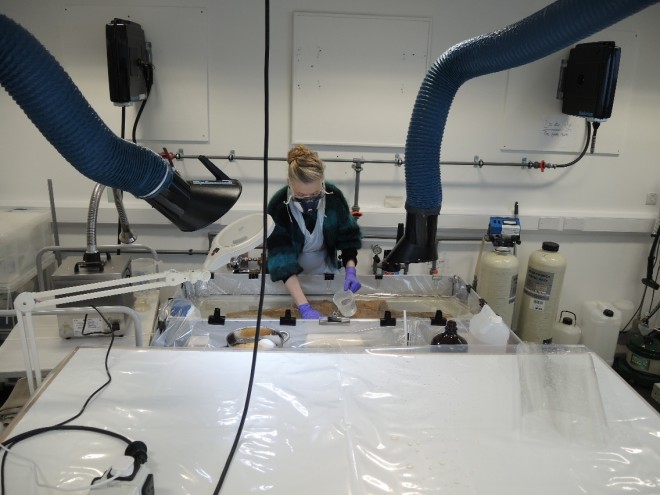 The IDA solvent reduces the surface tension of water, allowing the textile to wet out faster and reduce cleaning time, both valuable factors which assisted the wash. 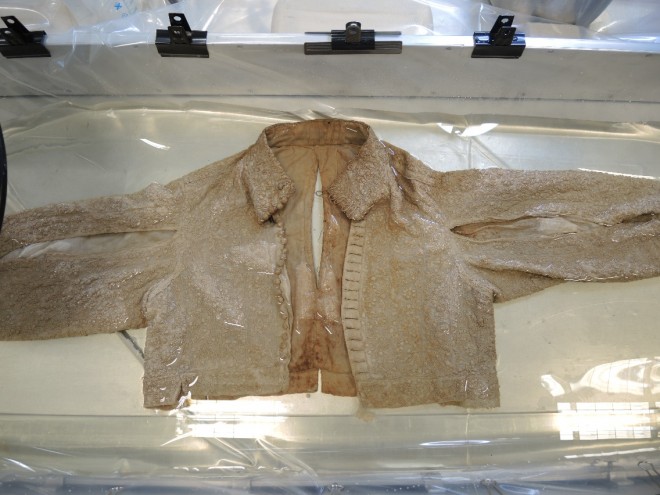 At this stage, there was a noticeable yellowing of the wash bath around the doublet, which was a good sign as it showed that some of the coloured byproducts had solubilised into the cleaning solution and were being removed. 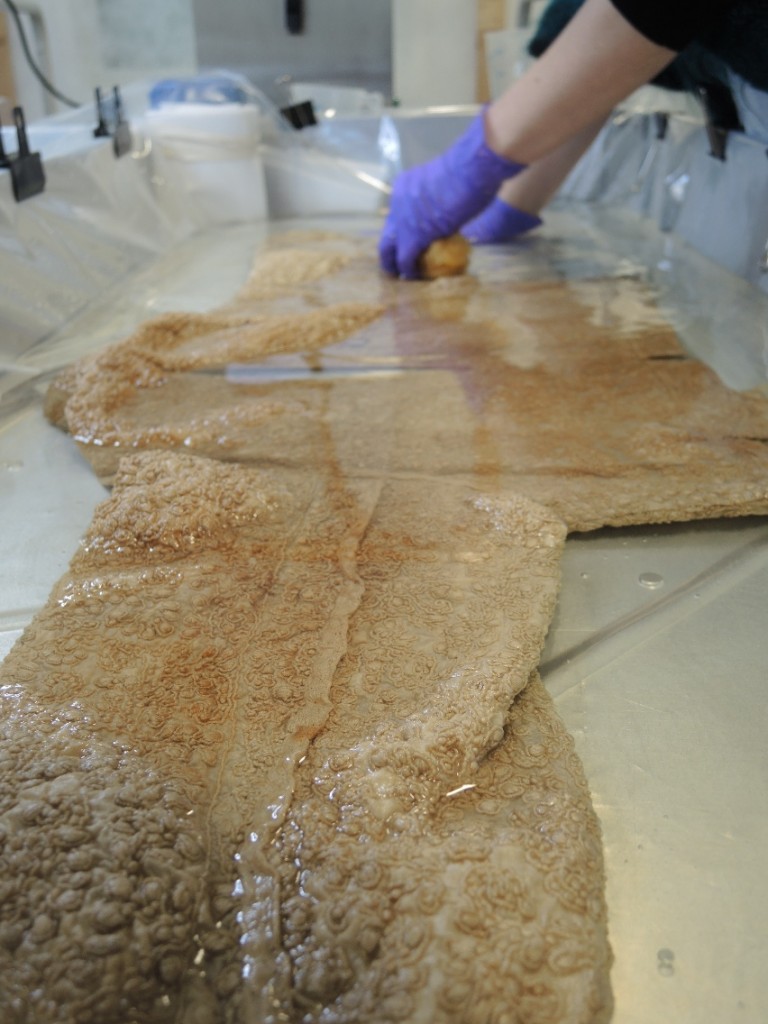 Once the doublet had been carefully rinsed, drying was carried out using extract ventilation and cool fans, whilst the doublet was gently padded out to prevent creasing. Some weights were also used to prevent the garment moving in a way which might have caused distortion during drying. 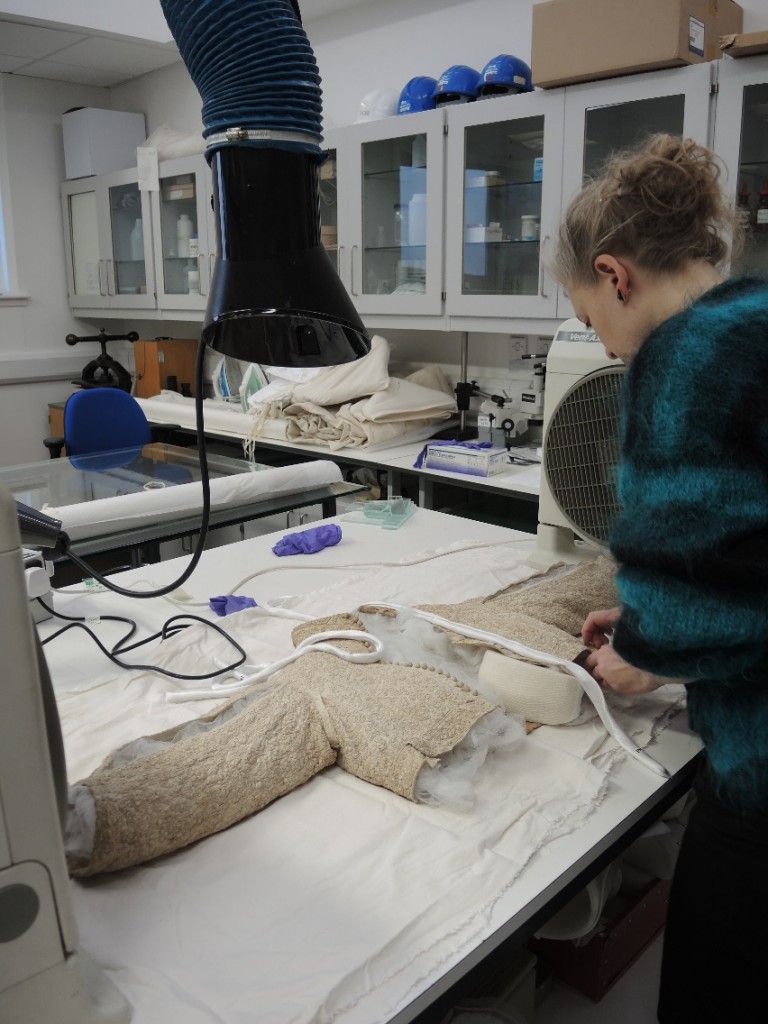 The cleaning gave a great result. A lot of harmful acidic soiling was removed, leaving the doublet looking cleaner, fresher and well-prepared for the next stage of the conservation treatment: the stitched support.