In 2012, Edinburgh lost one of its most flamboyant and colourful characters: Terence Garraway Brodie-Smith. Known as Terry, he was born in Newport, South Wales, in 1928 and settled in Edinburgh in the 1980s. He was a prolific collector and supporter of the arts, a staunch advocate of both emerging and existing talent, and was known for his love of contemporary jewellery.

Just prior to his death, The Scottish Gallery staged an exhibition of his jewellery collection, which was a fascinating international survey of jewellery from 1980 to 2012. Following the exhibition, Terry’s sister gifted a selection of his collection to National Museums Scotland in memory of her brother.

But there was one small Moomin-shaped anomaly in this donation… Hug Me, a brooch crocheted in the shape of Finnish illustrator and writer Tove Jansson’s beloved creation the Moomin, was listed as being the work of Dutch jeweller Felieke van der Leest.

Van der Leest is a renowned jeweller who creates whimsical characters from found plastic toys, combining them with intricate crochet and knitting techniques. We already have two of her brooches in our collections here at the Museum: Billy Bang, a Kangaroo boxing champion with wonderful bloomers and a ruby black eye, and Spermheart. Our Art & Design department were delighted to welcome another playful character to the collections.

But in the meantime, Hug Me was featured on The Scottish Gallery’s website and here’s where the mystery begins. Galerie Rob Koudijs, the contemporary art gallery which represent van der Leest, contacted them: this was not her work. Just where did our Moomin come from? 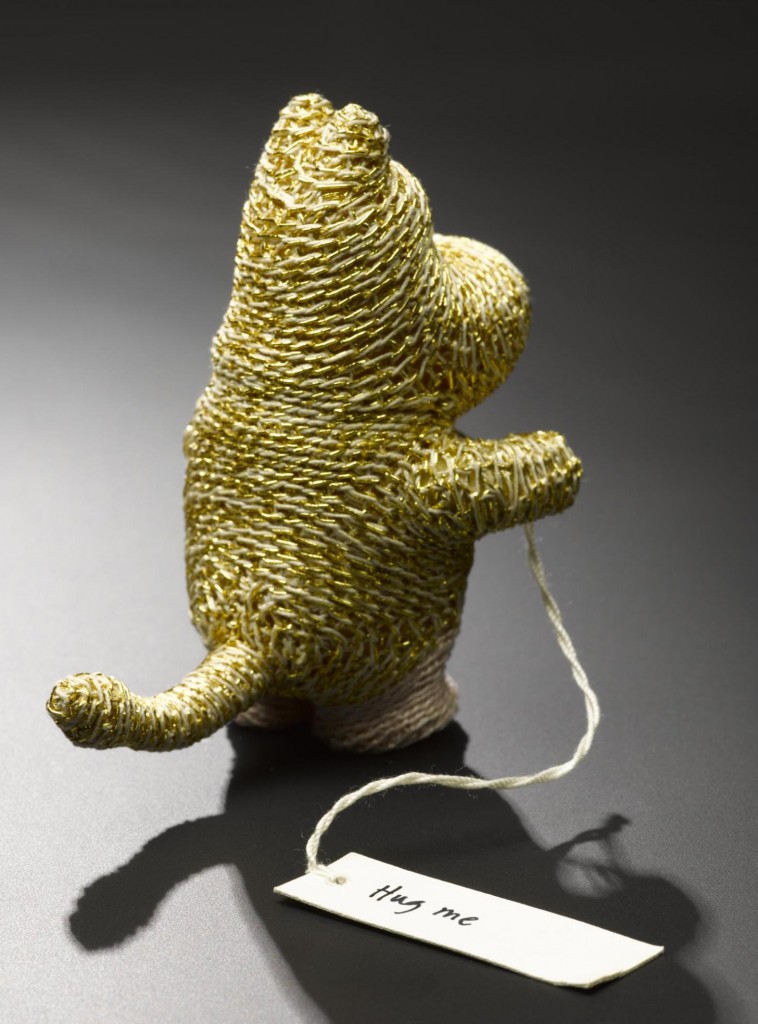 A call was put out via The Scottish Gallery and the Crafts Council, asking if anyone recognised who the maker may have been. A Pinterest board dedicated to the mystery brought no answers. Fellow jewellery curators and enthusiasts were unable to identify the maker. Everyone thought it was van der Leest’s work.

As Terry was such a staunch supporter of new talent, it could have been purchased from a student who was inspired by her work. But all we know for sure is that this is one secret he’ll still be laughing about!

So, have you seen this Moomin? If you recognise the brooch and know who made it, please get in touch. Help us finally solve the mystery of who made Hug Me.