Lately I’ve been producing a Digital Story to bring to life letters in our collection from the First World War trenches. We are using some letters of Captain Willie Bennett Clerk of the Royal Scots regiment from 1915-16. Working with the Audio Visual team we’ve recorded an audio track starring our very own Learning Officer, Scott Neil, reading the letters. For images we are sourcing archive images from the First World War from the National Library of Scotland and contemporary images from Flickr .

The highlight of the Digital Story so far has been the ‘male model’ that took part in a photography session in our studio at the National Museums Collection Centre. Dave Clarke (actually a history teacher and part-time facilitator) wore his own collection of First World War military uniforms in a two hour session – it was hot work for him wearing a gas mask and goat skin under studio lighting but look at the super results. 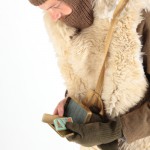 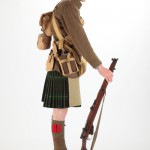 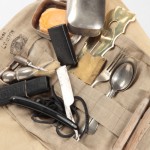 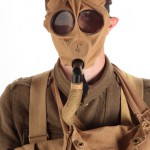 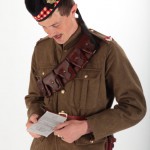 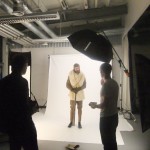 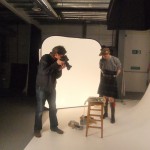 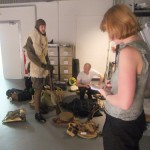 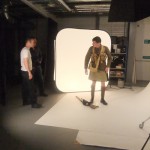 Have a look at the finished production of Letters by Captain William Bennet-Clark of the Royal Scots here,

You can find out more about the First World War at the National War Museum at Edinburgh Castle.