By the end of October 2018, almost unnoticed in the press and on radio and TV, almost 100 whales had been found washed ashore along the west coasts of Ireland and Scotland.

It soon became clear that nearly all of the whales were Cuvier’s beaked whales, Ziphius cavirostris. This level of mortality is unprecedented, as Cuvier’s beaked whale is a deep-diving whale found in the open waters of the world’s oceans. Usually only a handful are found stranded in Scotland each year. Were all these deaths a natural event or a tragic loss of life caused by human activity?

In August, as the numbers of stranded beaked whales rose, the Scottish Marine Animal Strandings Scheme (SMASS) based in Inverness began to look for answers. National Museums Scotland holds one of the largest marine mammal collections worldwide so we felt that it was important to collect as many of these whales as possible, as by doing this we could try and find out why so many were dying.

It is part of my role as Curatorial Preparator to go on collecting trips and this was one of the greatest challenges I have had so far, as well as one of the most memorable. But how did I go about this enormous task? I had to plan very well, have people supporting me and my idea, and I had to be prepared for extremes as well as emergencies as I never knew what I would have to deal with next. Also, I needed the help of many people at each location. This collecting trip was also an opportunity to work in some of the wildest places in Scotland, with beautiful beaches, wonderful nature, friendly people and the unique opportunity to work with so many individuals of some of the rarest animals found anywhere. 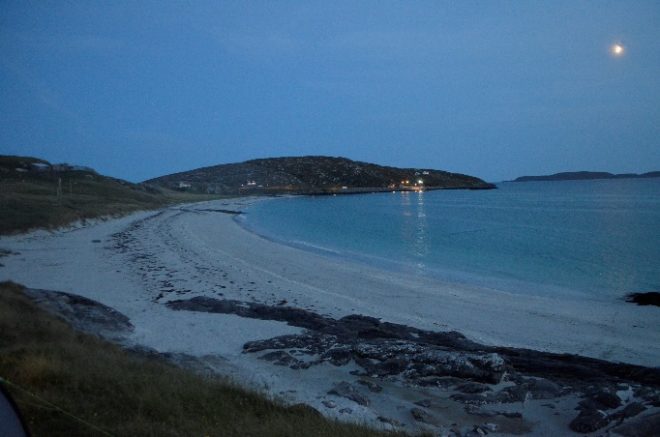 Most of the whales washed ashore in the Western Isles, including Lewis, Harris, North Uist and South Uist, but some were on other islands, including Tiree and Islay. A large van packed with equipment, including several tents, water and food supplies, first aid kits, mobile phones, firewood, maps, dissection tools, sample tubes, tubs, clothes, bedding, and an endless amount of other equipment to stay dry, clean, and warm were just some of the items I took with me. I didn’t only have to deal with dissecting, sampling and collecting the specimens, but also where to shower, eat, and sleep were all questions that needed to be answered. 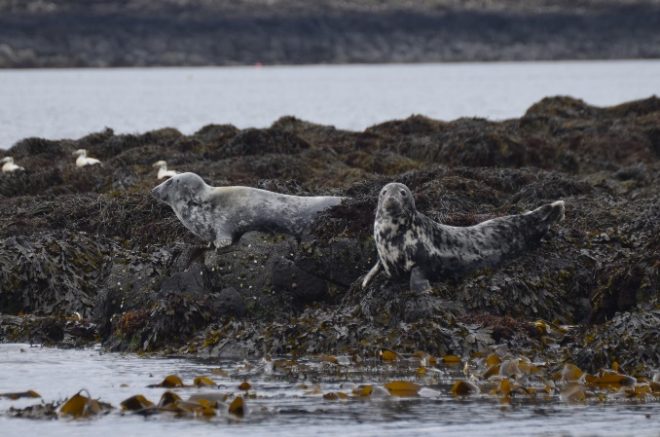 When I arrived at each beach, I made a plan of how to deal with the whale, including deciding which parts of the skeleton I could collect, which samples I could take, and sometimes whether it was safe to do anything depending on where the whale was stranded and how accessible it was. Sometimes it took an entire day to process one whale, but sometimes it took just minutes. Once I had taken all possible required measurements, I started taking blubber and tissue samples, removed soft parts, disarticulated bones and eventually carried the skeleton back to the van.

If I was lucky, the locals came to help. Friendly farmers came with trucks or SMASS volunteers tried to help out whenever possible. On top of this, I had to alert the council or local police of my work. Was it okay to leave the flesh on the beach to rot, or should the animal remains be taken away and incinerated or otherwise disposed of? Is it a health hazard or a blessing for local wildlife? Luckily, in most cases people were used to seeing stranded whales and regarded them as an opportunity for local wildlife to feast on.

Anyone who has ever dissected and removed even small whales by hand will know what back-breaking work it is to move them just 100m away to be safely buried in the dunes!

In all, I collected 22 Cuvier’s whales, one Sowerby’s beaked whale, a northern bottle-nosed whale, a minke whale and a few dolphins and porpoises during August and September.

During my last few days, a team from the BBC joined me on the Isle of Tiree. They were filming me collecting and sampling the whales and it proved to be an amazing time. Even if I never end up in front of a camera again, it was something rather new and exciting.

So what have we learned so far? We know that all those whales must have died in a very short period of time, probably along the edge of the continental shelf to the west of Scotland’s coast. All whales showed the same kind of decomposition, and based on the length and bone composition, all animals were found to be adults or older subadults, and included both males and females.

But what caused them to die? Post-mortems and analyses carried out on specimens and samples by SMASS have so far not found a disease or other pathology which could explain why so many died in such a short period of time, although the state of decomposition makes such investigations difficult to carry out.

Similar cases of unusual mortality events of beaked whales have been reported from Scotland and other parts of the world in previous years. However, this event was the biggest in terms of numbers of stranded beaked whales anywhere in the world. A recognised cause of unusual mortality events (UME) in beaked whales is the use of mid-water sonar by navies. The noise causes a change in the normal dive profile of whales, causing them to panic and rush to the surface too quickly, leading to decompression sickness (DCS) or caisson disease, which in extreme cases is deadly. The sonar can also have a direct impact on the whales’ ears, causing permanent damage and affecting their ability to use echolocation to hunt prey and navigate.

What will happen next? We are now dealing with the mammoth task of preparing all the skeletal material and already we have found some astonishing results. The first few skulls have been cleaned and will soon become part of the National Collection. SMASS is carrying out further tests, including the scanning of ear bones to look for microfractures caused by sonar. The extraction of DNA will look at how populations have been affected, and samples are being analysed for bacteria and viruses as well as histopathology. Drift model analysis is also being undertaken to see if there is a single point source for the carcasses. Although the loss of so many animals is tragic, we are doing our best working with colleagues at SMASS and elsewhere to find out why this event occurred and to discover much more about the lives of the mysterious Cuvier’s beaked whale.

We are very grateful to the SeaWorld and Busch Gardens Conservation Fund, without whose support we would not been able to collect any of these important whale specimens.