On 14 May 2015, I designed and launched a LEGO® Ideas model to celebrate the first published computer programmer and the first mechanical computer. To date, the project has received over two million views and provided me with some amazing experiences. 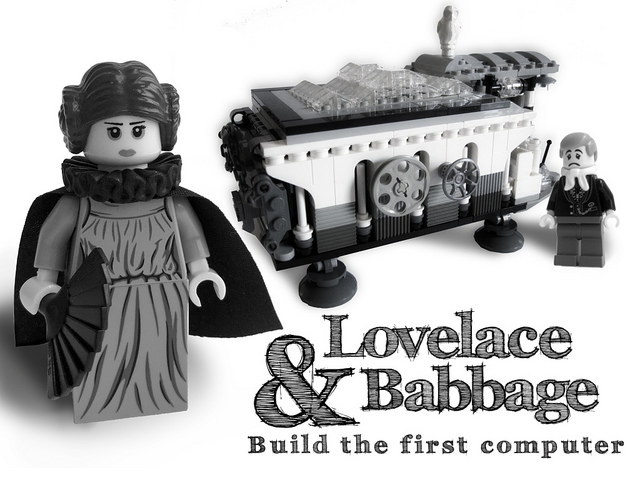 Ada Lovelace (1815-1852) is widely credited as the first computer scientist and Charles Babbage (1791-1871) is best remembered for originating the concept of a programmable computer. Together they collaborated on Babbage’s early mechanical general-purpose computer, the Analytical Engine. Whilst never fully built in their lifetime, Lovelace’s notes on the engine include what is recognised as the first algorithm intended to be carried out by a machine. Because of this, she is often regarded as the first published computer programmer.

On the LEGO® Ideas website fans can submit their own designs. Projects which gain 10,000 supporters are put forward to a formal review process. Successful projects will enter production and go on sale as official LEGO® sets.

By uploading my Lovelace & Babbage model to the LEGO® Ideas platform my hope was for us to finally complete their marvellous vision for the Analytical Engine and build the world’s first mechanical general-purpose computer. Albeit out of plastic bricks! 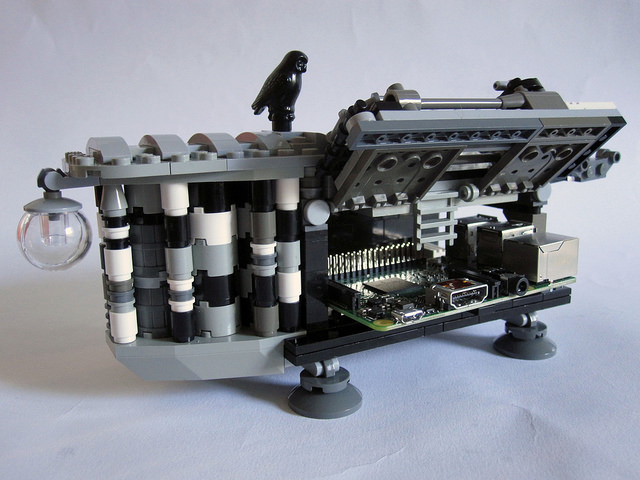 The monochromatic brick palette helps to evoke a Victorian atmosphere and the engine itself is decorated with cogs, chains, and pistons for a steampunk aesthetic. There is also the capacity for the model to house a mini-computer such as the Raspberry Pi v2.0 single-board computer.

What started off as a small personal project to commemorate her bicentenary in a LEGO® version of the Analytical Engine soon became a mission to introduce Ada to a wider audience. The universal appeal of LEGO® is perhaps the perfect Trojan horse to take Ada beyond academic circles.

As part of my promotional activities, I established several social media accounts on behalf of Ada. It soon became apparent there was a sizeable level of engagement with LEGO® Ada Lovelace and an appetite for a brick-built Analytical Engine celebrating her and Charles’ contributions to the modern age. She now has almost 40,000 followers across Twitter, Facebook and Instagram combined. With a total number of impressions (or views) exceeding 2.2 million.

As part of the social media campaign, I generated a short time-lapse video of me creating a LEGO® mosaic portrait of Ada Lovelace. When I exhibit this brick mosaic it’s always interesting to see how many children and adults recognise her. There are usually a few people who believe it to be Princess Leia or the Mona Lisa, and to be perfectly honest I can see the resemblance also.

I’m so happy, today I got to see my @LegoLovelace project in the German newspaper @DIEZEIT!https://t.co/5fUV9aygqV pic.twitter.com/vMFlEX3Xve

On 16 October 2015, my project was featured in a DIE ZEIT article, the most widely read German weekly newspaper, with an estimated readership of two million. There have also been features published in Scientific American, The Register and Gizmodo. 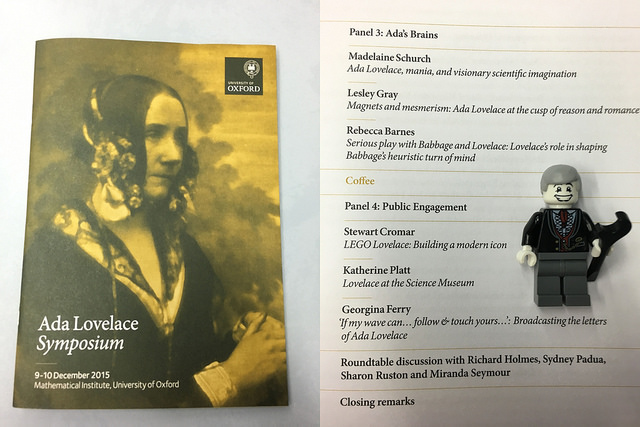 Another key date was 10 December 2015, which marked the 200th anniversary of Ada’s birth. On this day I was invited to present a short paper at the University of Oxford’s official Ada Lovelace Symposium.

Lastly, my primary motivation for this artwork was to pay tribute to my late father David Alexander Cromar, who passed away suddenly in 2013. He was a mechanical engineer, just like Charles Babbage, and instilled in me a love for technology that has stayed with me throughout my career. This passion project has been a significant source of joy to my family during a very difficult period and I’m confident will be one of my fondest memories.

On 30 August 2016, the project reached the 10,000 votes required to enter the review phase. After a tense six month wait, the results were announced in February 2017. Unfortunately, my project wasn’t ultimately selected for production, but thankfully the journey didn’t end there.

Ada Lovelace Day is an international celebration of the achievements of women in science, technology, engineering and maths (STEM). I’ve been fortunate enough to be heavily involved in two such days at the University of Edinburgh.

My Interactive Content team was responsible for the design, development and facilitation of key workshop activities. Not only did registered University students and staff enjoy both these days, but so did a significant number of guests from the Edinburgh community. We’ll be hosting a third Ada Lovelace Day at King’s Buildings on 10th October 2017, where our focus will be on female chemists, in particular, British crystallographer Dame Kathleen Lonsdale.

This weekend I have been kindly invited to exhibit my model at the National Museum of Flight’s Awesome Bricks event.

Please pop along and say hello to Ada and Charles!

Create, play and learn with LEGO® bricks at the Awesome Bricks event at the National Museum of Flight, East Fortune Airfield, 26 Aug – 27 Aug 2017.

More information about the Lovelace & Babbage project is available on the LEGO® Ideas website.