Like many good ideas, this one started in the pub! The researchers from the Royal Botanic Gardens Edinburgh (RBGE) told us that the Titan arum (Corpse flower) was going to flower again, very soon! I excitedly suggested that it would be cool to monitor the insects attracted to it, and another RBGE-NMS collaboration was born.

If you’ve not heard about the Titan arum – where have you been? This special plant is native to the rainforests of Sumatra, where it produces the largest inflorescence in the world. It also emits a rather nasty smell, an odour which mimics that of a rotting corpse (hence the common name ‘Corpse flower’). As I study carrion insects – those attracted to dead animals – I  was very intrigued to know which insects might be drawn to ‘New Reekie’, the Titan arum at RBGE. So I was recruited to join the Titan Army – the team of staff and volunteers who would introduce New Reekie to the public.

The week before New Reekie flowered, I set up some smelly traps in a secluded area of the gardens. To find out more, read this entertaining blog by RBGE. I also set up some sticky traps within the glasshouse, in hope of catching some of New Reekie’s insect visitors.

The big day came on Tuesday 1 August just after 5pm, when Reekie decided to flower and the Titan Army sprang into action. RBGE stayed open late for this special event and I was there with my butterfly net and Vladimir (Principle Curator of Invertebrates) with his pooter, ready to catch any carrion insects drawn in by the putrid smell. We moved between the glasshouse, monitoring New Reekie, and the science building, where we displayed specimens from the collection and discussed the role of carrion insects with the visitors.

As the native pollinators of the plant are not present, the pollination must be done by hand by the horticultural staff. This exciting process involved very carefully cutting a window near the base of the flower, to access the female flowers and transfer pollen to them provided by Titan arums from other botanic gardens. It was a privilege to witness this procedure, as this is the first time that New Reekie has been pollinated. 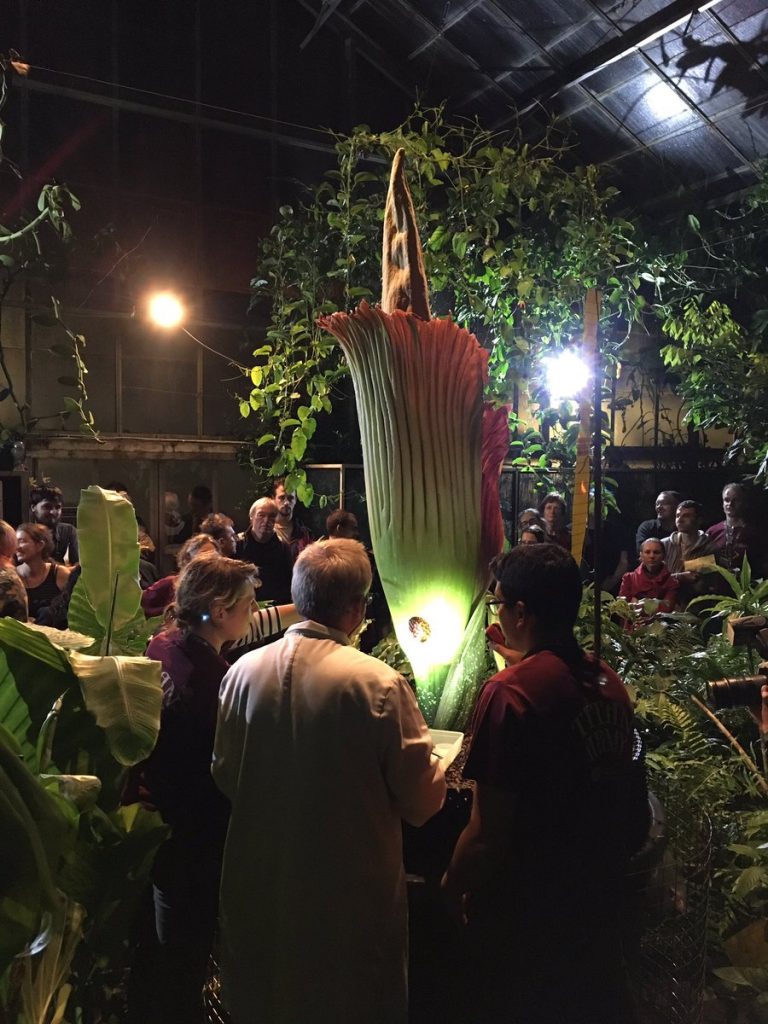 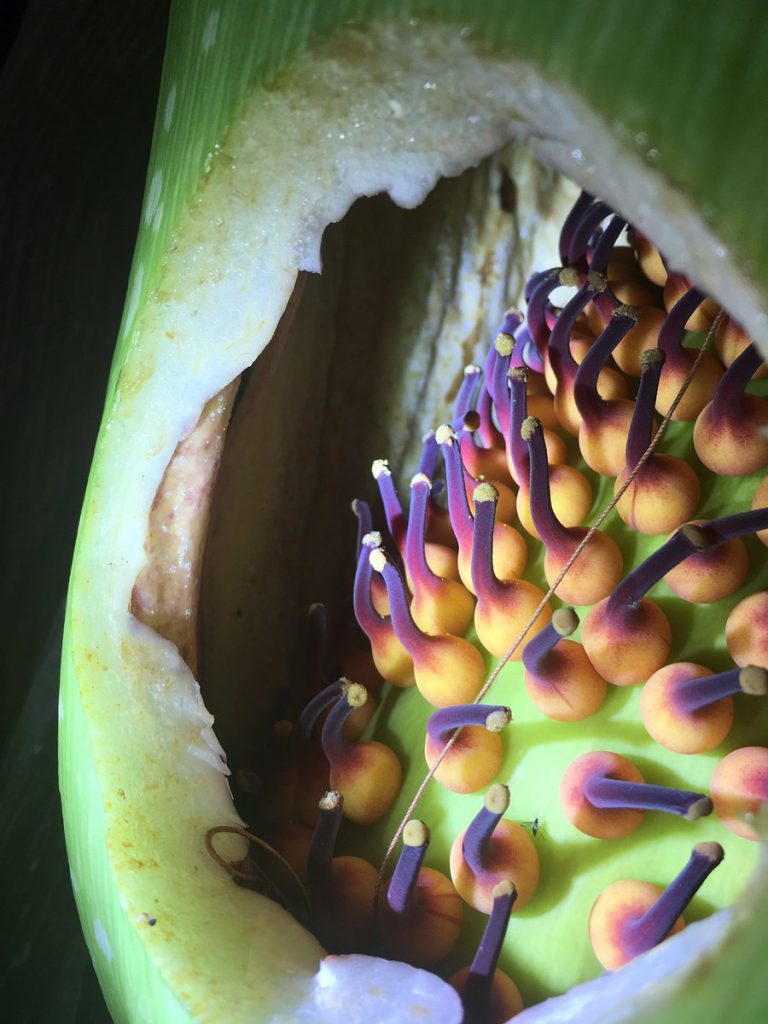 New Reekie certainly performed well, emitting its famous stink, which to me smelled like rotting fish for a while and later on in the evening like over-ripe cheese. Unfortunately the insects did not perform; no carrion insects visited the glasshouse that evening and none the following day. Stay tuned for more on this and why we think the insects didn’t show. In the meantime you can keep up to date with New Reekie by following it on Twitter: @TitanArumRBGE.